North Korean sanctions relief should be discussed at UNSC: China 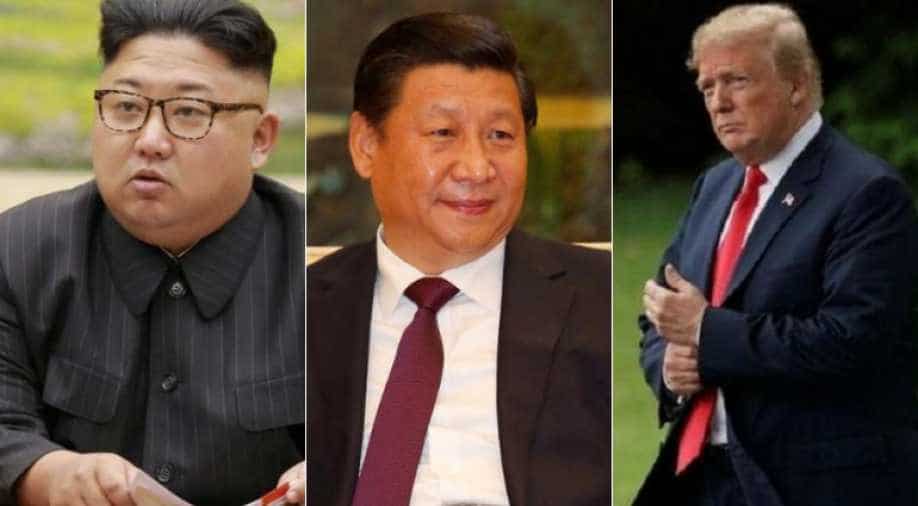 Trump and Kim ended their summit in Hanoi on Thursday without a deal, with the two sides at an impasse over the sanctions imposed on the North.

China called Friday for North Korean sanctions relief to be discussed at the UN Security Council after US President Donald Trump and Kim Jong Un ended a summit without a deal.

Beijing is the North's main trade partner and sole major ally, but it has backed a raft of UN sanctions following Pyongyang's repeated nuclear and missile tests in recent years.

Both North Korea and the US note that lifting sanctions is an important part of the denuclearisation process, said Chinese foreign ministry spokesman Lu Kang.

"They should be considered simultaneously and resolved together, I think this is a common denominator that should be seized," Lu said at a regular press briefing.

Noting "the positive developments on the peninsula, especially the steps taken by North Korea on denuclearisation," Lu said the UN Security Council should "start discussions on the reversible clauses of the resolutions."

The council should "adjust the sanctions in accordance with the principle of simultaneous reciprocity," he said.

Trump and Kim ended their summit in Hanoi on Thursday without a deal, with the two sides at an impasse over the sanctions imposed on the North.

Trump insisted Pyongyang wanted a lifting of all sanctions imposed on it over its banned weapons programmes.

But North Korea's foreign minister said Pyongyang had only wanted some of the measures eased, and that its proposal to close "all the nuclear production facilities" at its Yongbyon complex was its best and final offer.

Meanwhile, a senior Chinese Communist Party foreign affairs official, Yang Jiechi, spoke with US Secretary of State Mike Pompeo about the summit on the phone, the foreign ministry said.

Pompeo told Yang that Washington will maintain contact with the North Korean side and that the United States "highly appreciates the positive role China played on the Korean peninsula issue," the ministry said in a statement.

Yang said the Korean Peninsula issue is complex and "difficult to solve overnight."

He urged the two sides to "maintain patience" and "persevere in pushing forward the peace talks."

China is willing to continue playing a "constructive role," he said.

Kim met with Chinese President Xi Jinping four times in the past year, most recently in January, and is expected to take the train back across China on Saturday on his way home following his Vietnam visit.