'No difference between what the Nazis did': Turkey President Erdogan hits out at Greece 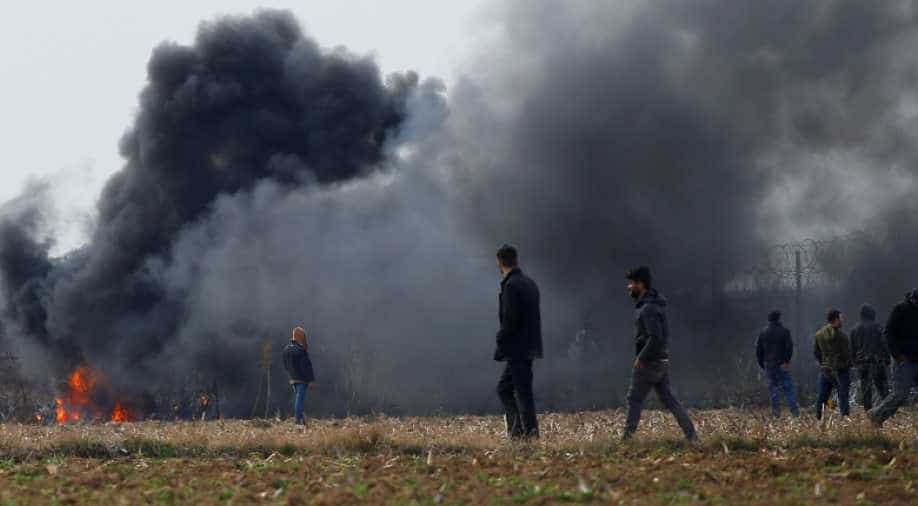 Migrants, clash with Greek authorities on the border Photograph:( AFP )

President Tayyip Erdogan speaking to lawmakers on Wednesday said that Turkey will respond "harshly" in Idlib if the truce is broken in northwest Syria.

"We will not just retaliate (against) even the smallest attack here (in Idlib), we will give a much harsher response," the Turkey president told lawmakers in Parliament, adding, "Turkish soldiers, the sons of this nation, are never in need of the cruel Assad's protection, so let that be known."

Last week, Erdogan had met Russian President Putin as the two sides decided on a ceasefire in Idlib amid the growing refugee crisis. A Russian delegation is due to arrive in Ankara to thrash out a deal to establish a security corridor in Idlib.

Turkish foreign minister Mevlut Cavusoglu said that minor violations had taken place although he added that both sides were working on making the temporary ceasefire last.

In a televised address, Erdogan said Turkey would keep its borders open for refugees.

"Until all Turkey's expectations, including free movement, ... updating of the customs union and financial assistance are tangibly met, we will continue the practice on our borders," he said, while adding, "there is no difference between what the Nazis did and those images from the Greek border."

The Turkey president warned that the influx of migrants to Europe "will not be limited to Greece but spread all over the Mediterranean."