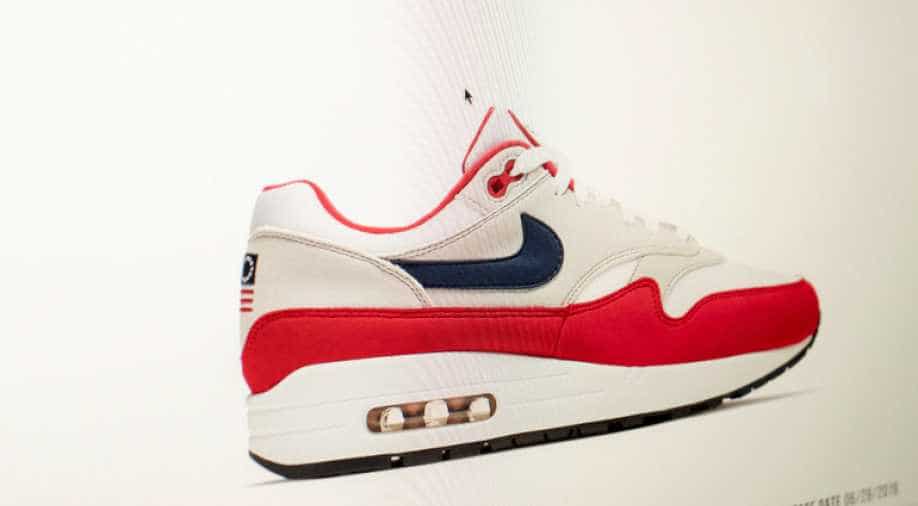 Nike said it had halted the distribution of the Air Max 1 Quick Strike Fourth of July based on concerns that it could unintentionally offend and detract from the nation's patriotic holiday.

Nike said Tuesday it had withdrawn a shoe displaying an early version of the American flag, with US media reporting the decision came after former NFL quarterback Colin Kaepernick warned the design was associated with slavery.

Nike had unveiled the Air Max 1 USA featuring an American Revolution-era design known as the Betsy Ross flag imprinted on its heel to coincide with the United States's July 4 Independence Day.

Nike "made the decision to halt distribution of the Air Max 1 Quick Strike Fourth of July based on concerns that it could unintentionally offend and detract from the nation's patriotic holiday," the company said in a statement.

But The Wall Street Journal reported the US sportswear giant pulled the shoe following objections from Kaepernick, a Nike endorser who led kneeling protests during the national anthems of NFL games in 2016 to protest racial inequality and social injustice.

Kaepernick said the design featuring 13 white stars in a circle was offensive because it was associated with a period of slavery, which was legal in the US after independence from Britain.

Nike shipped the shoes to retailers but then asked for them back, and has taken the design off its website, the Journal reported.

US Senator Ted Cruz said on Twitter that because of the decision to pull the shoes, his days as a Nike customer were over.

"Yep, I own lots of @Nike I've been a life-long customer, since I was kid. But they've now decided their shoes represent snide disdain for the American flag," the Republican politician tweeted.

I love America. I stand for the anthem, respect the flag & honor the men & women who fought to defend our Nation. I respect Free Speech & I’m exerting mine: until @Nike ends its contempt for those values, I WILL NO LONGER PURCHASE NIKE PRODUCTS. #WalkAwayFromNike RT if you agree. https://t.co/IvXNTgvlHq

"Since they don't want my business anymore, I won't buy any more," he wrote.

The price of a few pairs available on an online shoe reseller rose to as much as $2,000 following the publication of the Journal's article, the newspaper said.

Kaepernick and former San Francisco 49ers safety Eric Reid settled collusion lawsuits against the NFL earlier this year for a reported amount of less than $10 million over claims team owners had plotted to keep them from playing.