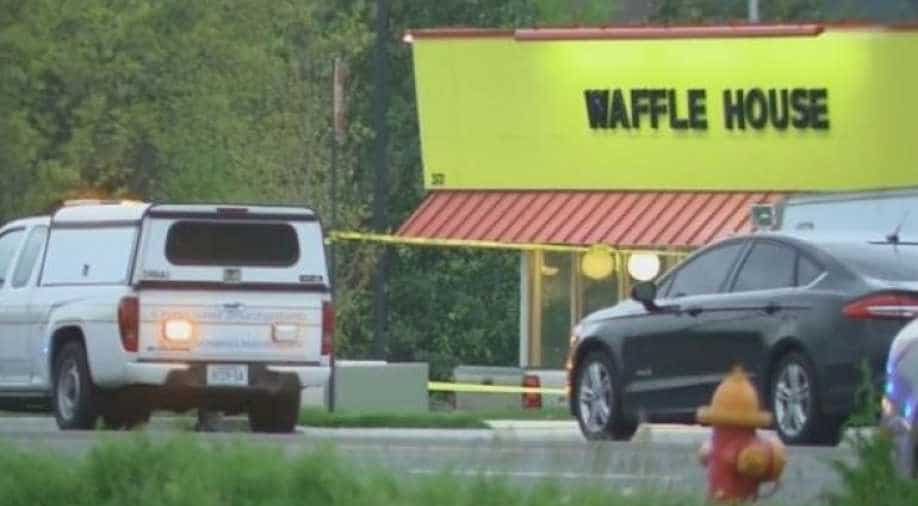 The gunman's vehicle was registered to Travis Reinking

A naked gunman opened fire at a waffle joint called 'Waffle House' in Tennessee's Nashville area in the United States today. The attacker was seen wearing a green-coloured jacket as the only clothing. The suspect targetted the eating joint killing at least four and wounding few others.

The gunman was armed with what was described as an AR-15 style assault rifle. He walked into the restaurant in Antioch, in suburban Nashville, shortly before 3:30 am (0830 GMT). The suspect opened fire at around 3:25 am (local time) and fled on foot after removing his jacket. The assailant has been described by the local police as a white man with short hair.

The gunman's vehicle was registered in the name of Travis Reinking. 29-year-old Travis Reinking, the supposed suspect, is believed to be a resident of Morton, Illinois.

One of the injured died at Vanderbilt University Medical Center; two others are still at the hospital in critical but stable condition.