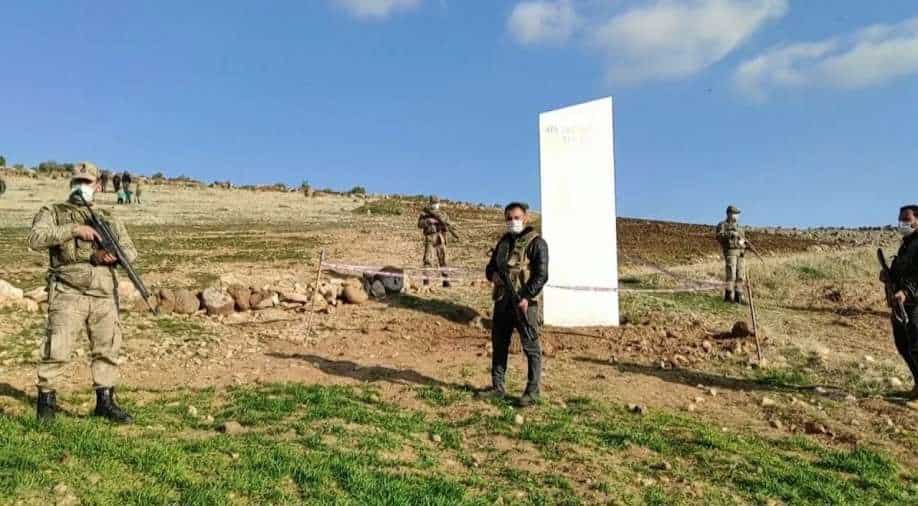 A metal monolith that mysteriously appeared and disappeared on a field in southeastern Turkey turned out to be a gimmick worked about before a government event Tuesday during which Turkish President Recep Tayyip Erdogan announced a space programme for the country.

The three-meter-high (about 10-foot-high) metal slab bearing an ancient Turkic script -- meaning “Look at the sky, you will see the moon”, was found Friday by a farmer in Sanliurfa province. It was discovered near the UNESCO World Heritage site of Gobekli Tepe.

The shiny structure, however, was reported gone Tuesday morning.

An image of the monolith was later projected on a screen as Erdogan presented Turkey’s space programme during the televised event.

“I now present to you Turkey’s 10-year vision, strategy and aims and I say: ‘look at the sky, you will see the moon,’” Erdogan said.

Earlier, security forces were called to the scene as curious locals sought to get a look at the monolith, which resembled a mysterious object which appeared in a desert in Utah in America last year, but then vanished.