US: Over 80 arrested as riot police break up St. Louis protest 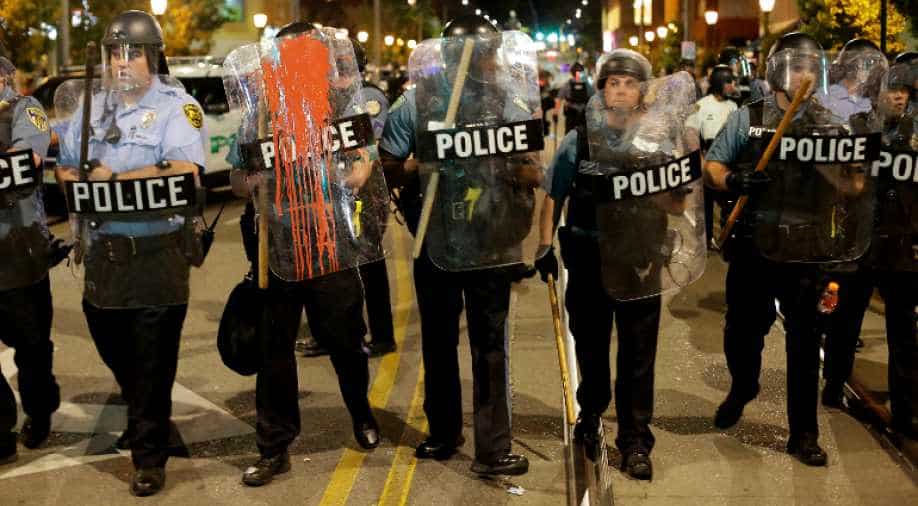 A team of Police watching while the protest begins Photograph:( Reuters )

After nightfall, a small group remained and the scene turned to one of disorder, following the pattern of Friday and Saturday.

More than 80 people were arrested on Sunday (September 17) night as protests in St. Louis over the acquittal of a white policeman who had shot a black man turned violent for a third night running.

Police in riot gear used pepper spray and arrested the demonstrators who had defied orders to disperse following a larger, peaceful protest.

After nightfall, a small group remained and the scene turned to one of disorder, following the pattern of Friday and Saturday. Protesters smashed windows and attempted to block a ramp to an interstate highway, police and witnesses said. Officers tackled some protesters who defied police orders and used pepper spray before starting the mass arrests.

The protests in St. Louis followed the acquittal on Friday of former police officer Jason Stockley, 36, of first-degree murder in the 2011 shooting death of Anthony Lamar Smith, 24. Smith was shot in his car after Stockley and his partner chased him following what authorities said was a drug deal. Prosecutors argued that Stockley planted a weapon in Smith's car, but the judge believed the gun belonged to Smith.