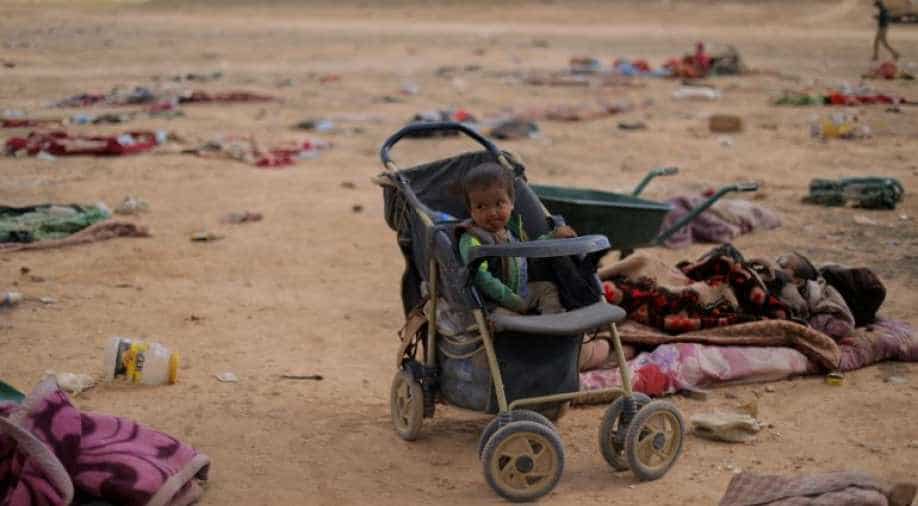 Thousands of people - many of them the wives of IS fighters and their children - have been streaming out of besieged enclave at Baghouz for weeks, forcing the SDF to delay the assault to wipe out the last vestige of the jihadists' territorial rule.

The US-backed Syrian Democratic Forces (SDF) paused military operations against Islamic State (IS) militants holed up in the group's final enclave in eastern Syria, expecting more civilians to be evacuated from the area on Saturday, an SDF official said.

Thousands of people - many of them the wives of IS fighters and their children - have been streaming out of besieged enclave at Baghouz for weeks, forcing the SDF to delay the assault to wipe out the last vestige of the jihadists' territorial rule.

The SDF has said it wants to make sure all civilians are out of the enclave before launching its final assault. Hundreds of IS fighters have also surrendered, but the SDF believes the most hardened foreign jihadists are still inside.

"There are a number of families ... military operations are paused now for their evacuation," Mustafa Bali, head of the SDF media office, told Reuters.

Trucks used for the evacuations went into Baghouz on Saturday and four have so far emerged carrying people, a Reuters witness said.

On Friday, Bali said the SDF would resume the assault if no more civilians had emerged by Saturday afternoon.

Those emerging from Baghouz are screened by the SDF and most are sent north to the al-Hol camp, already overcrowded with uprooted Syrians and Iraqis from years of war.

More than 62,000 people displaced by fighting around the IS enclave have flooded al-Hol camp, with 5,200 arriving between March 5-7 and thousands more expected, the United Nations said on Friday.

The weather is cold and rainy and there is a shortage of tents and supplies. Dozens of children have died on the way to the camp. The International Rescue Committee (IRC) on Friday said al-Hol was at "breaking point".

"No one could have guessed that such a large number of women and children were still living in Baghouz," IRC spokeswoman Misty Buswell said.

Those arriving in al-Hol are in "extremely poor health" with malnutrition, diarrhoea and skin diseases. Many of the women arriving at the camp are either heavily pregnant or have recently given birth, IRC said.

After suddenly seizing swathes of land straddling the Iraqi-Syrian border in 2014 and declaring it their caliphate, Islamic State was beaten back by numerous local and foreign forces in both countries, suffering major defeats in 2017.

However, the jihadists remain a threat. In Iraq, they have gone to ground, staging waves of killings and kidnappings. In Syria, their comrades hold out in remote desert areas and have carried out bombings in areas controlled by the SDF.

Islamic State on Saturday said it had carried out a suicide car bomb attack near the Syrian town of Manbij to signal to foreign troops that they are not safe in the country. Manbij is controlled by a militia allied to the SDF.

"The crusaders on Syrian soil shall know they are being watched and will not be secure while our blood beats," a statement published by the IS-affiliated Amaq news agency said.

In an email to Reuters, a spokesman for the US-led coalition backing the SDF, Colonel Sean Ryan, denied Islamic State's claim that the blast had killed three US armed forces members and injured others.