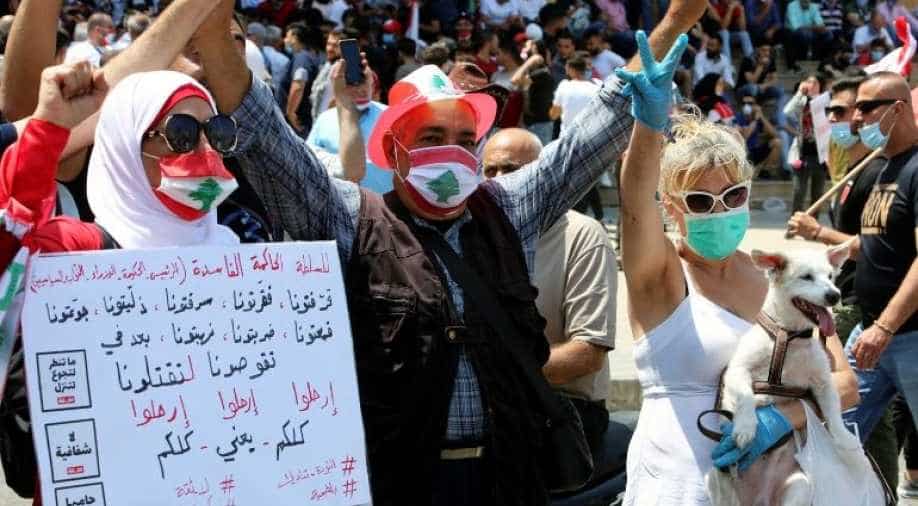 The country is facing extreme economic crisis, which the locals blame on corruption, claiming that the pandemic has only made it worse.

As the government lifted the lockdown in Lebanon, people took to streets to protest against the way the government handled the pandemic, and for landing the country into a deep economic crisis.

This was the first big anti-government protest since the three-month long lockdown has been lifted in the country, to help revive the crippling economy.

The government is negotiating an International Monetary Fund package it hopes will secure billions of dollars in financing to prop up its collapsing economy.

Also watch: Anti-government protesters back on streets after 3 months pause in Lebanon

Protesters marched in the streets wearing face masks and gloves. However, social distancing was not maintained on the streets.

The protests turned violent as people burned garbage bins and ransacked a furniture shop in the capital's upscale shopping district. The shop's windows and doors were broken. People also took out couch from the store to block that road.

"The Prime Minister condemns and denounces in the strongest terms, all sectarian slogans ... and calls on all Lebanese and their political and spiritual leaders to exercise awareness and wisdom and cooperate with the army and security services," Prime Minister Hassan Diab wrote on Twitter.

The country is facing extreme economic crisis, which the locals blame on corruption, claiming that the pandemic has only made it worse.

The pound currency has lost more than half of its value on the parallel market, prices have soared, and companies dealing with the double blow of the coronavirus have axed jobs.