Live: Pakistan under obligation to inform Jadhav without further delay of his rights, says India 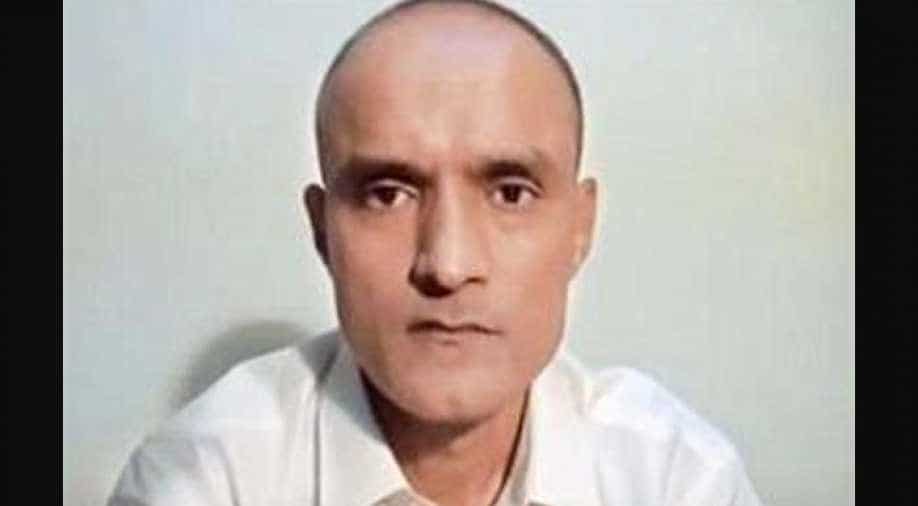 "We note that the court has directed that Pakistan is under an obligation to inform Jadhav without further delay of his rights," the spokesman added.

In its judgement, the ICJ declared that "continued stay of execution constitutes an indispensable condition for the effective review and reconsideration of the conviction and sentence of Kulbhushan Sudhir Jadhav."

Rajnath Singh, India's defence minister said: "It is no doubt a big victory for India," after the International Court of Justice allowed India consular access to Kulbhushan Jadhav.

I thank the Prime Minister Shri @narendramodi for our initiative to take Jadhav's case before International Court of Justice. /2

The court said it finds appropriate reparation in this case "consists in the obligation of Pakistan to provide, by the means of its own choosing, effective review and reconsideration of the conviction and sentence of Jadhav, so as to ensure that full weight is given to the effect of the violation of the rights set forth in Article 36 of the Convention, taking account of paragraph 139, 145 and 146 of this judgement."

It was also passed with fifteen votes to one.

The international court said Pakistan is "under obligation to inform Jadhav without delay of his rights and to provide Indian consular access to him in accordance with Article 36 of the Vienna Convention on Consular Relations".

It was passed with a fifteen to one verdict.

The international court further found Pakistan had deprived India the right to communicate  and have access to Kulbhushan Sudhir Jadhav and to visit him in detention and arrange for his legal representation, thereby "breaching the obligations incumbent upon it under Article 36, paragraph 1(a) and (c) of the Vienna Convention on Consular Relations."

The finding were passed by fifteen votes to one with ad hoc judge Jillani voting against it.

The International Court of Justice in the verdict on Kulbhushan Jadhav case found that Pakistan had deprived India of the right to render assistance to Kulbhushan Jadhav thereby breaching the Vienna Convention.

The court passed finding by fifteen votes to one.

"All eyes are set on today's verdict. Pakistan will be left exposed this time around as they have no accountability for justice. Kulbhushan is innocent and today we are hoping Indian diplomacy will finally bring good news for us and family of Jadhav," his friend Arvind Singh told WION ahead of the crucial verdict.

Indian embassy officials arrive at the ICJ ahead of the verdict in the Kulbhushan Jadhav case.

The verdict is due to be read out by the judge at 6:30pm(IST)

Kulbhushan Jadhav has been imprisoned in Pakistan since his arrest in 2016.

Forty-nine-year-old Jadhav is a retired Indian Navy officer and belongs to Maharashtra. He joined the navy in 1991.

Jadhav belongs to the family of police officers and had set up a business of operating ferries from the Iranian port of Bandar Abbas. He was arrested by Pakistan in 2016 on suspicion of espionage, but India says he was kidnapped from Iran.

A Pakistani military court went ahead and sentenced him to death on charges of "espionage and terrorism" after a closed trial in April 2017. Jadhav's sentencing evoked a sharp reaction in India.

Pakistan even rejected India's plea for consular access to Jadhav at the ICJ. However, it facilitated a meeting of Jadhav with his mother and wife in Islamabad on December 25, 2017.

India moved the ICJ on May 8, 2017, for the "egregious violation" of the provisions of the Vienna Convention by Pakistan by repeatedly denying New Delhi consular access to Jadhav.

A bench of the ICJ, which was set up after World War II to resolve international disputes, on May 18, 2017 had restrained Pakistan from executing Jadhav till adjudication of the case.

India and Pakistan lawyers are shortly due to congregate at the International Court of Justice(ICJ) at The Hague to hear the verdict in the Kulbhushan Jadhav case.