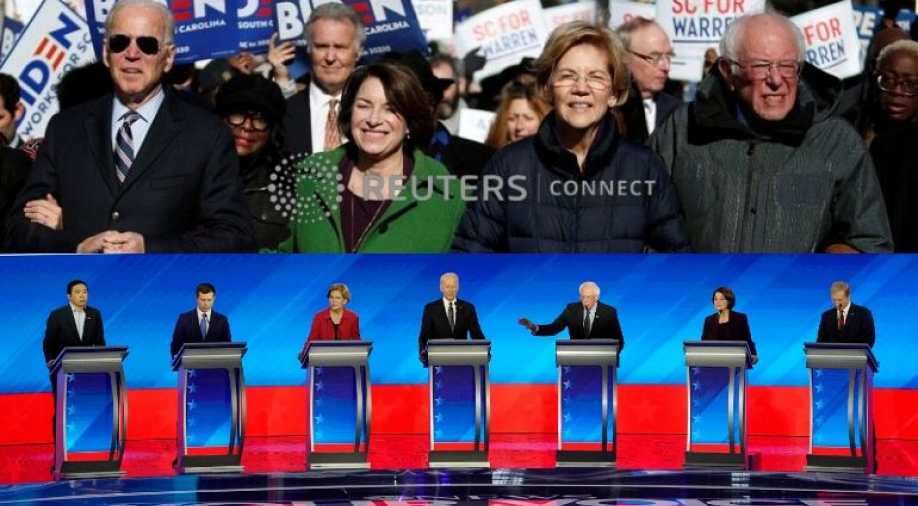 With Democratic presidential candidates fighting for their political lives ahead of New Hampshire's primary to choose who will face Republican Donald Trump in November, rivals debating on Friday took shots at one another and tried to separate themselves from the pack.

Here’s how each of the seven contenders on stage fared:

JOE BIDEN
The former vice president, looking to rebound from a faceplant in Iowa's caucuses this week, obviously wanted to come out on the offensive. Unfortunately, he started the night telling the nation that he probably was going to lose New Hampshire as well.

But Biden grew more assured, tearing into US Senator Bernie Sanders over the cost of his Medicare for All plan and his record on guns while questioning Pete Buttigieg’s lack of experience. Biden seemed to relish in his long record of public service, repeatedly listing his accomplishments as a senator and vice president for Barack Obama. “The politics of the past, I think, were not all that bad,” Biden said.

The risk for Biden is such talk only reinforces the view of some Democrats that his moment has passed and why they’re looking to fresh faces such as Buttigieg. But Biden has little choice but lean even harder into his argument that he is best prepared to take over for President Donald Trump. 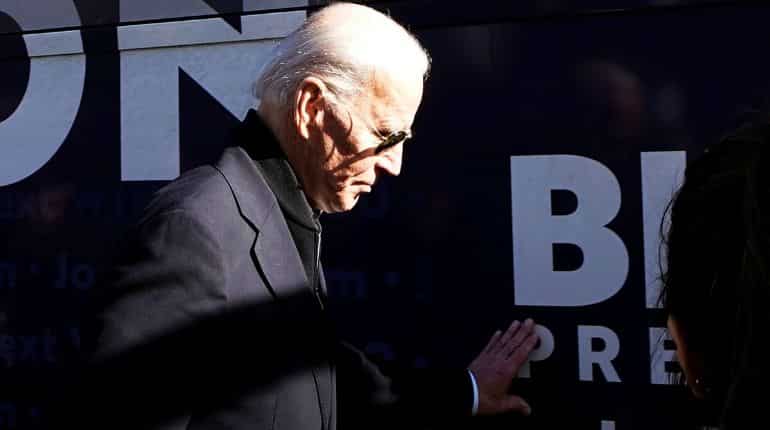 PETE BUTTIGIEG
As expected, everyone came gunning for the 38-year-old boyish former mayor of South Bend, Indiana. Biden and US Senator Amy Klobuchar questioned his thin track record. Klobuchar also suggested Buttigieg had flipped positions on Medicare for All.

Sanders took a shot at his fundraising. And US Senator Elizabeth Warren delivered a brutal critique of Buttigieg’s defence of his record as mayor concerning African Americans and criminal justice.

All of it was designed to make Buttigieg appear unready for the job – and at times he wobbled. At other points, he turned aggressive, labelling Sanders as an extreme candidate who would drive away moderates. Buttigieg did not back down from making his generational argument that it was time to pass the torch. 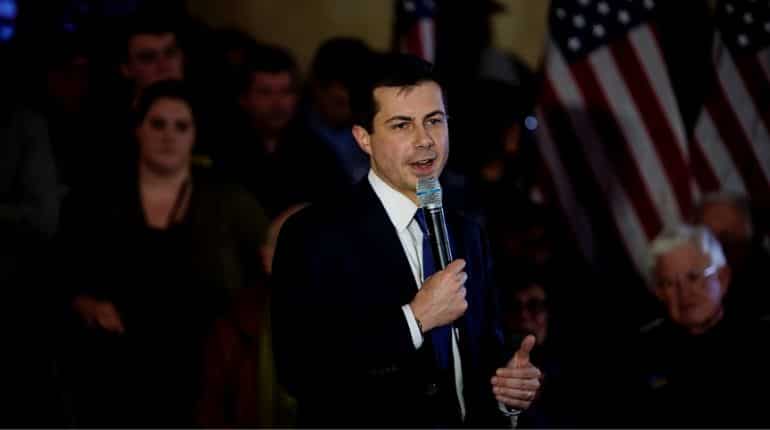 He told Biden his achievements “were phenomenally important because they met the moment. But now we have to meet at this moment, and this moment is different.” He also continued his outreach to independents and even Republicans, who could be critical in New Hampshire, which allows non-Democrats to vote.

AMY KLOBUCHAR
If this is the end of the line for the senator from Minnesota, she will go out turning in probably her best debate performance to date. She showed quick thinking on stage. She was the first candidate to raise her hand when they were asked if they were concerned about having a democratic socialist like Sanders at the top of the ticket.

Not long after, she was the first candidate to bring up Trump’s impeachment and his acquittal by the Senate, a trenchant reminder of the stakes of the election.

It was clear from the outset that Klobuchar looked to dent Buttigieg’s momentum, challenging him and even mocking him while framing herself as a better “unity” candidate. Referring to Trump, she said, “We have a newcomer in the White House, and look what that got us.” 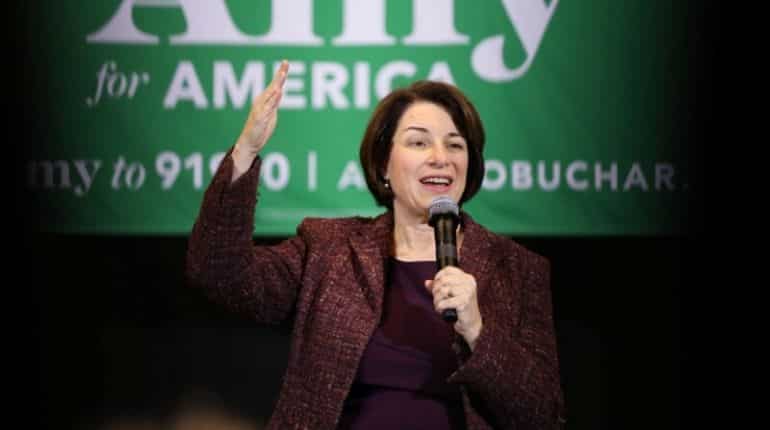 After a disappointing finish in Iowa - she came in fifth - Klobuchar heads into the New Hampshire primary a distinct underdog. One good debate is not likely to change that.

BERNIE SANDERS
Coming off a strong performance in Iowa that put him almost in a dead heat with Buttigieg, Sanders was on the defensive early, as rivals like Biden questioned whether a democratic socialist could marshal broad enough support in November to defeat Trump.

As usual, Sanders showed little interest in moderating his message. His remarkable consistency – most of his quotes on Friday could have come from any of the other seven debates of this campaign, or his first presidential run in 2016 – is part of what endears him to his supporters.

It also brings questions about whether he can broaden his appeal to win a majority of American voters. Sanders’ answer on Friday was that his agenda of Medicare for All and higher taxes on the wealthy would inspire more voters to participate in the election. “I believe the way we beat Trump is by having the largest voter turnout in the history of this country,” he said. 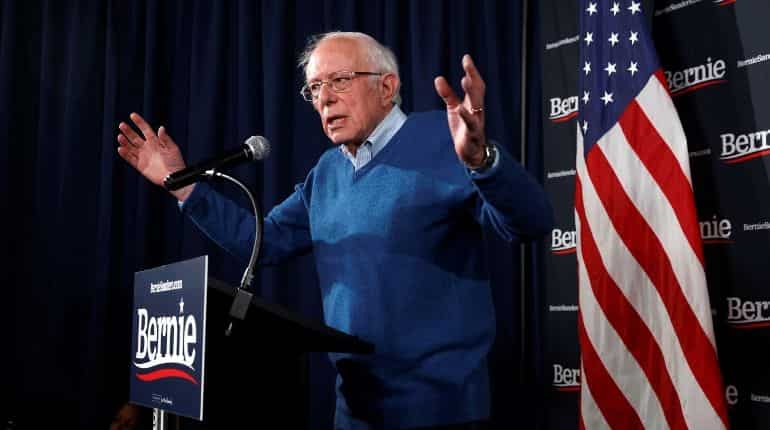 TOM STEYER
The California billionaire was probably the most pugnacious candidate on stage, fashioning himself as a truth-teller trying to elevate the discussion beyond squabbles over healthcare plans and abortion rights toward something more basic: How to beat Trump.

Steyer argued Democrats must find some way to challenge Trump on the economy or risk failure. “We have to go win a huge victory this year, and we're in trouble,” he said. He also seemed to suggest that his rivals had very little idea how to bring the party together and ensure that African Americans and other voters of colour go to the polls in November.

With polls showing Steyer rising as a challenger to Biden in South Carolina, the outsider candidate is likely to keep spending freely, act like he has nothing to lose and perhaps stay on the debate stage.

ELIZABETH WARREN
Warren continued pressing the closing argument she made in Iowa, arguing that she is uniquely positioned to unify the various factions within the Democratic Party. As a result, she appeared somewhat unwilling to engage in attacks on her rivals.

But as the debate proceeded, Warren fired a few shots at the other candidates. After moderators pressed Buttigieg on his mayoral record on race and policing, Warren was asked whether his answer had been satisfactory.

“No,” she said bluntly, before ticking off several areas – housing, education, employment – in which she has released plans that specifically target racial gaps. 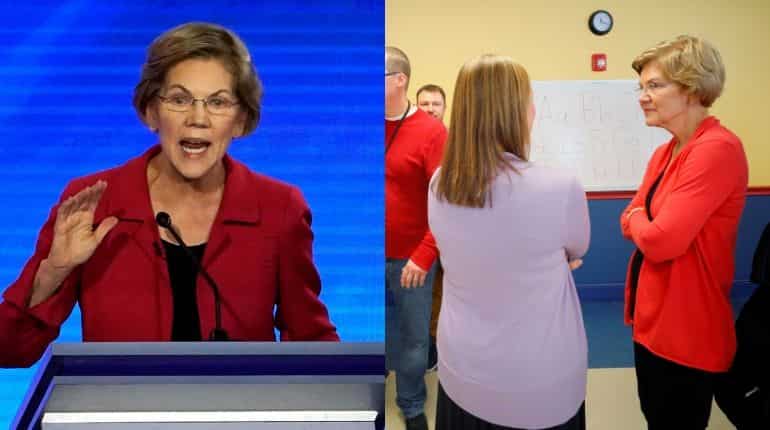 Later, she jumped at the chance to criticize billionaire Michael Bloomberg, who is skipping the early voting states and blanketing later states with a barrage of advertising, for trying to “buy” the nomination. She followed that with a thinly veiled shot at Sanders for getting help from an outside political group even though he has sworn off super PACs.

With less speaking time than Buttigieg, Biden, Sanders and Klobuchar, it was not clear whether she made enough of an impact after a week in which she was mostly an afterthought following a third-place finish in Iowa.

ANDREW YANG
For months, Andrew Yang has pointed to New Hampshire as the early state where he expected to have the most appeal, thanks to the independent voters who make up a large portion of the electorate and might be drawn to his esoteric campaign platform.

But after a poor showing in Iowa, where he finished far behind the top candidates, Yang needed a breakout performance to have any hope of outperforming on Tuesday.

He didn’t get many opportunities. The moderators directed only a handful of questions at him, leaving him with by far the least amount of speaking time. As he has throughout the campaign, he declined to engage in any back-and-forth attacks with other candidates, which meant he spent long stretches in silence as rivals took turns swinging at one another. 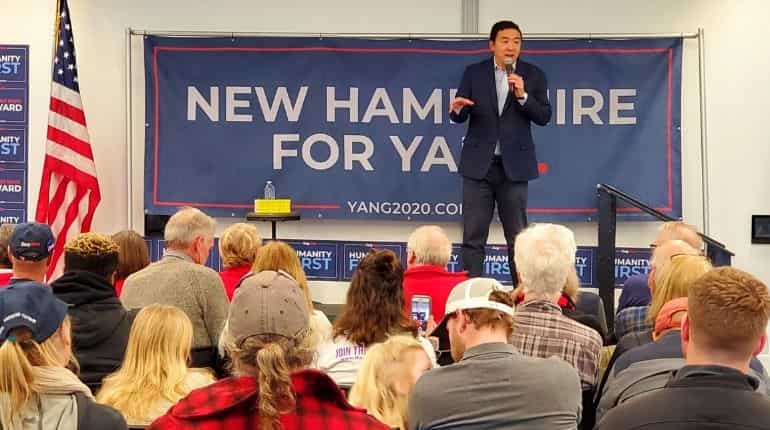 Yang's campaign, which has far outstripped any reasonable expectations, may be drawing to a close.