Khashoggi was strangled and his body dismembered in advance plan: Turkey prosecutor 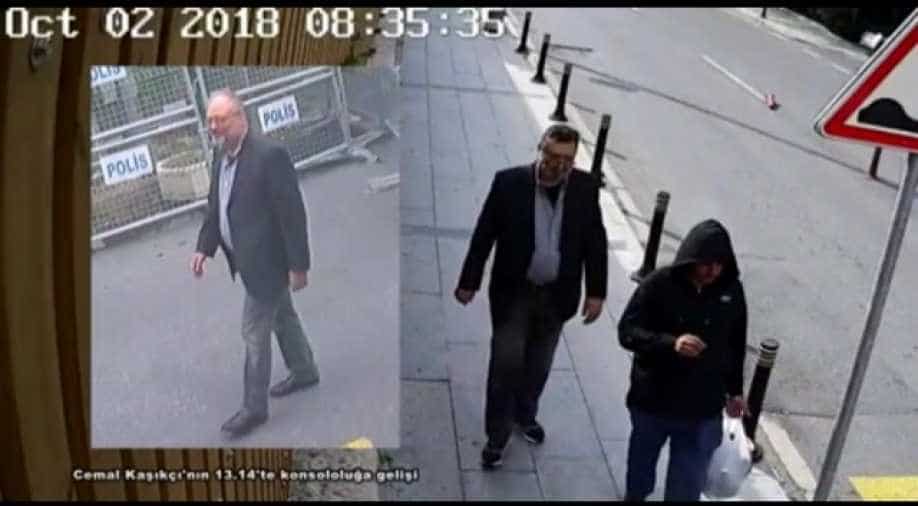 Turning the heat on Saudi Arabia, Turkey's chief prosecutor Irfan Fidan said today that journalist Jamal Khashoggi was strangled as soon as he entered the Saudi consulate in Istanbul.

The prosecutor added that after killing Khashoggi his body was dismembered as part of a premeditated plan.

"In accordance with plans made in advance, the victim, Jamal Khashoggi, was strangled to death immediately after entering the Consulate General of Saudi Arabia in Istanbul on October 2, 2018 for marriage formalities," Istanbul chief prosecutor Irfan Fidan said in a statement.

"The victim's body was dismembered and destroyed following his death by suffocation - again, in line with advance plans," it added.

Saudi Arabia's public prosecutor Saud Al Mojeb was in Turkey this week to exchange information about Khashoggi's death, however, Fidan said nothing much had emerged from the meetings.

"Despite our well-intentioned efforts to reveal the truth, no concrete results have come out of those meetings."

Saud Al Mojeb carried out inspections at the Saudi consulate in Istanbul, where Khashoggi was killed earlier this month, and held meetings with Turkey's public prosecutor and Turkish intelligence officials. Mojeb left Turkey to return home on Tuesday afternoon.

President Tayyip Erdogan kept the pressure on Saudi Arabia urging it reveal the identity of "18 people" responsible for the murder of Khashoggi.

"Our prosecutor asked who sent the group that came here and said that this needed to be looked at," Erdogan said. "Saudi officials need to reveal the local cooperators. Let us know whoever this person is and we will find them," Erdogan asserted.

On Monday, Turkish Foreign Minister Mevlut Cavusoglu called on Riyadh to conclude the investigation as soon as possible.

"The whole truth must be revealed," he said. "We believe (Mujeb's) visit is important for these truths to come out."

Saudi Arabia had said earlier that the journalist who was a critic of Prince Salman's regime was killed by in "rogue operation".