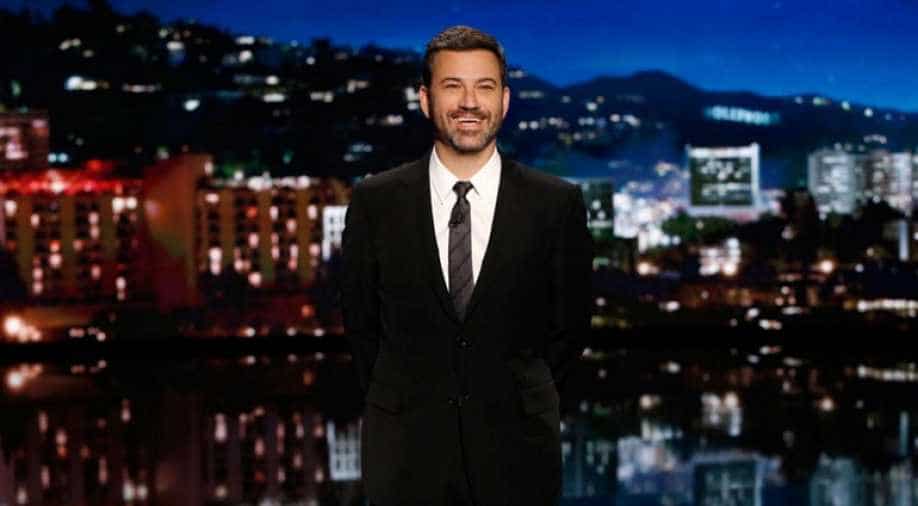 The talk show host will be away tending his six-month-old son William who will be undergoing a heart surgery next week. Photograph:( Others )

Hollywood stars like Jennifer Lawrence and Channing Tatum will be taking over Jimmy Kimmel Live! as hosts this week.  Reason: The talk show host will be away tending his six-month-old son William who will be undergoing a heart surgery next week.

Lawrence and Tatum are just a few of the names who will be featuring on the show this week. A bevvy of stars including Foo Fighters frontman David Grohl and Shaquille O'Neal will guest host the show and welcoming celebrities like Kim Kardashian, Kristen Bell, Alice Cooper, Ellen Degeneres and P!nk.

While Monday's episode had O'Neil as the host, Tuesday will see Grohl taking up the host's role. Lawrence and Tatum will be seen playing the host in the coming days.

Earlier in May, 10 days after Kimmel's wife Molly McNearney gave birth to their son, Kimmel announced on his show that the baby was born with a rare heart disease. Kimmel's 13-minute long emotional monologue on the show went viral. Since then the baby has already undergone one surgery.