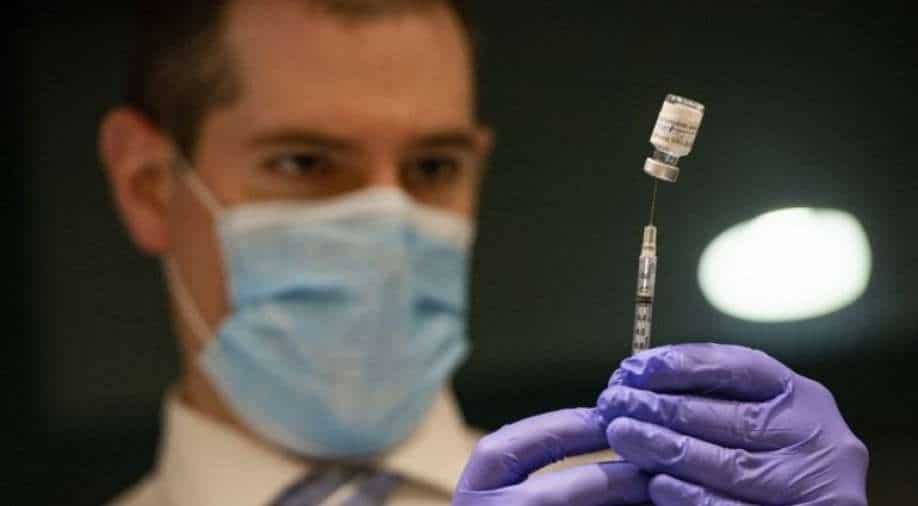 "We're at the height of the battle now, together we can win; it's within arm's reach, but we're not there yet," Bennett said shortly before receiving the shot

Israeli Prime Minister Naftali Bennett received a coronavirus vaccine booster shot on Friday, as the country began administering them to people aged 40 and over amid a spike in infections.

At a public hospital in Kfar Saba, a central city near Bennett's home, the 49-year-old Israeli premier kept his eyes on the nurse administering the shot to his left shoulder, with his office saying he was the first head of government in the world to receive a booster.

"We're at the height of the battle now, together we can win; it's within arm's reach, but we're not there yet," Bennett said shortly before receiving the shot.

"I'm asking of you, use this unique privilege you have as Israelis, and go get vaccinated."

Infections in Israel have in recent weeks surged, raising fears of a lockdown over the Jewish High Holidays, which will take place in September.

"If you go get the third shot, we can avoid a fourth lockdown," Bennett said. "We're seeing profound efficacy of the vaccines working, it's safe and it's the way to defeat this virus.

The World Health Organization has called for a moratorium on COVID-19 vaccine booster shots to help ease the drastic inequity in dose distribution between rich and poor nations.

On Wednesday, WHO's emergency director Mike Ryan said that booster shots were like "planning to hand out extra life jackets to people who already have life jackets, while we're leaving other people to drown without a single life jacket."

On Friday, Bennett reiterated his defence of Israel's "pioneering" booster practice, stressing again that his country would provide the world valuable data.

"We from Israel are going to share all the data, all the information all the insights in this pioneering" scheme, he said.

"I'm happy to hear that other countries are following suit, because at the end of the day, this is a global war on Covid and we've got to win."

Israel was one of the first countries to launch a vaccination drive in mid-December via an agreement with Pfizer to obtain millions of paid vaccine doses in exchange for sharing data on their effectiveness.

The inoculation campaign was hailed as a success story that helped drastically reduce infections in the country of nine million.

But cases have been rising due to the spread of the Delta variant among the unvaccinated and waning immunity in others.

To try and contain the spread, authorities last week began administering a booster shot to those aged 50 and older, after starting a campaign for over-60s late last month.

Israel has recorded more than 970,000 coronavirus infections since the pandemic started early last year, and over 6,700 deaths.

More than 5.4 million people have received two doses of the vaccine, while 1.2 million have had a third jab.