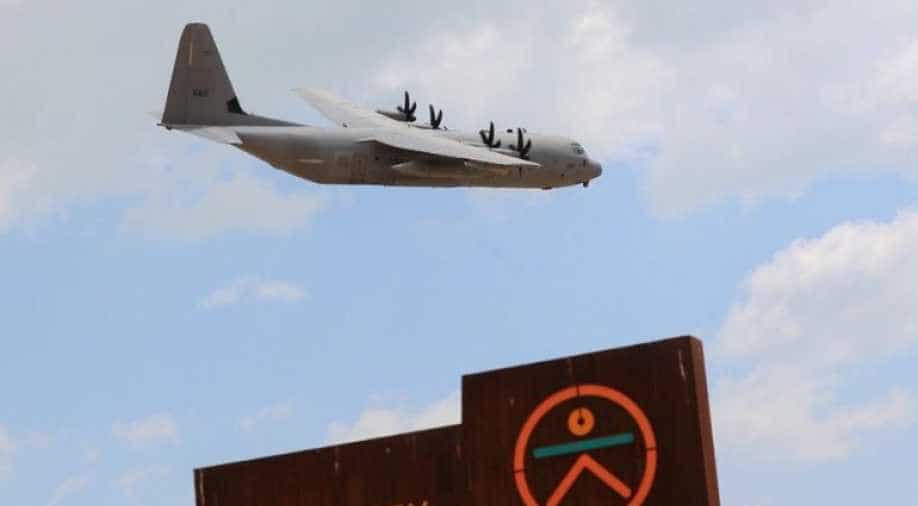 A military transport plane makes a low pass above the shores of the Dead Sea near the southern Israeli Neve Zohar community settlement, on April 26, 2020. Photograph:( AFP )

The bulk went to Asia and the Pacific region, according to a defence ministry statement

Israel's defence exports amounted to $7.2 billion in 2019, slightly down from $7.5 billion the previous year, the government said Monday.

As in 2018, the bulk went to Asia and the Pacific region, according to a defence ministry statement.

"We were expecting to see a trend of growth in G2G (government-to-government) agreements throughout the year 2020, but the corona(virus) pandemic has devastated the global economy and the defence sector," Kulas said in the statement.

The Israeli government does not comment on individual arms contracts, but Monday's statement said radar and early warning systems accounted for 17 percent of sales, with missiles, rockets and air defence systems bringing in 15 percent.

It said that piloted aircraft and avionics contributed to 13 percent of 2019 sales, with Unmanned Aerial Vehicles (UAVs) and drone systems amounting to eight percent.

Other areas included cyber and intelligence systems, ammunition and armament and naval systems.

Sales to Asia and the Pacific region accounted for 41 percent of the total, according to the statement, with 26 percent going to Europe, 25 percent to North America and four percent each to Latin America and Africa.