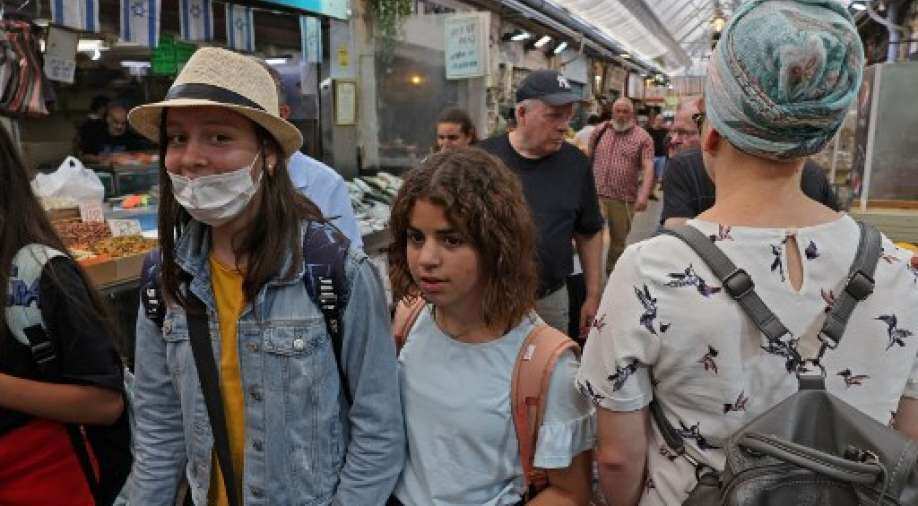 Israeli authorities have now removed the green and purple ribbons. However, the health ministry said it does not mean the pandemic is over

Israeli authorities have now removed the green and purple ribbons, but the health ministry said it does not mean the pandemic is over.

Israel had kept restrictions in place for those entering the country with COVID-19 tests within 72 hours of arrival and those who enter from "high risk" countries would be required to stay in isolation for at least 14 days.

As Israeli authorities moved quickly to vaccinate the adult population, authorities said the vaccination of children in the age group of 12-15 will begin this week as reports said it may start from Sunday.

Last Thursday, Israel allowed the first group of foreign tourists in over a year. The tourism ministry has undertaken a pilot programme allowing tourists from Germany, Britain, the United States with only vaccinated people allowed inside.

Tourists entering Israel are required to show negative PCR tests before flying and upon landing at the airport and are then required to take serological tests at their hotel to prove they have coronavirus antibodies.

In January, the country had recorded 10,000 cases per day but the number has declined consistently since then especially after the vaccination drive undertaken by health officials with over 90 per cent people aged 50 and over being vaccinated.

Reports said at least 5.4 million Israelis have been vaccinated.

Children are however required to wear masks in school. According to reports, coronavirus cases in Israeli-occupied West Bank have also declined.