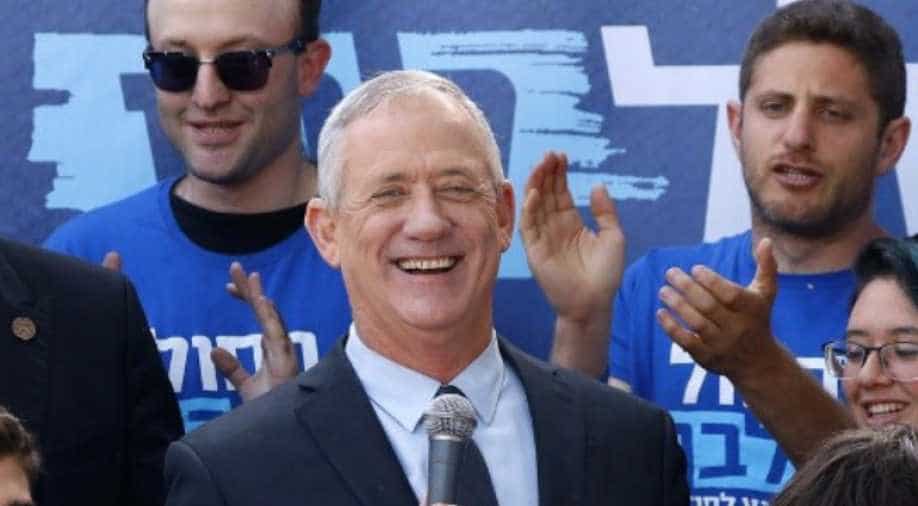 Israeli Defence Minister Benny Gantz will travel to France this week to discuss spyware sold by Israeli cyber firm NSO that was allegedly used to target French President Emmanuel Macron. Macron's phone was on a list of targets that were possibly under surveillance by Morocco, which used NSO Group's Pegasus software. The French leader has called for an investigation. Gantz will meet French Defence Minister Florence Parly on Wednesday

Macron's phone was on a list of targets that were possibly under surveillance by Morocco, which used NSO Group's Pegasus software, according to France's Le Monde newspaper. The French leader has called for an investigation.

"Gantz will discuss the crisis in Lebanon and the developing agreement with Iran. He will also update the minister on the topic of NSO," it said.

Israel has since set up a senior inter-ministerial team to assess any possible misuse of the spyware.

NSO rejected the reports, saying it was "full of wrong assumptions and uncorroborated theories". Pegasus is intended for use only by government intelligence and law enforcement agencies to fight terrorism and crime, the company said.

Gantz's trip was planned before the NSO affair and was meant to focus on the growing economic crisis in Lebanon, which shares a border with Israel, and on world powers' efforts to resume a nuclear deal with Iran, Israeli media said.

Israel is concerned a revival of the deal may eventually allow its arch-foe Tehran to acquire atomic weapons. Iran denies seeking the bomb. Attempts to revive the 2015 accord, after then-President Donald Trump abandoned it in 2018, have been slow to make progress.

France's foreign ministry said on Monday that Iran was endangering the chance of concluding an accord with world powers over reviving the deal if it did not return to the negotiating table soon.