Islamic States captives were forced to fight each other until they passed out, trial told 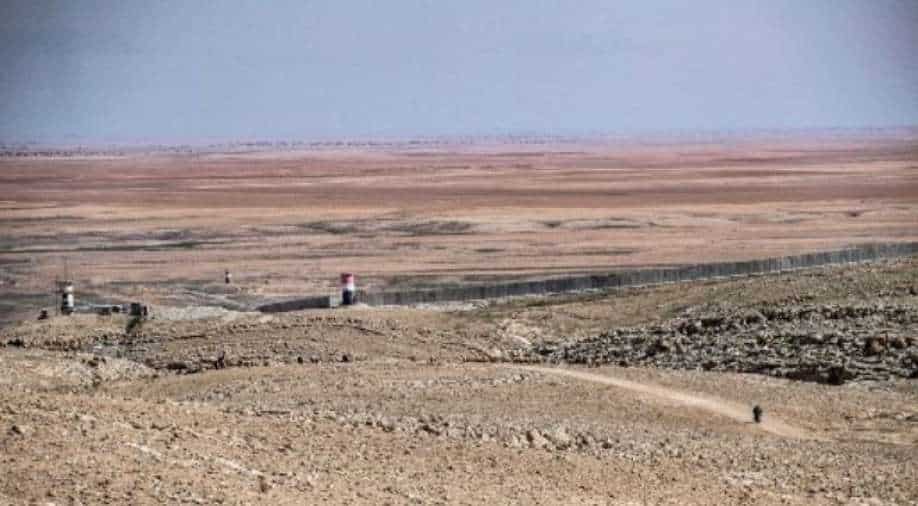 Motka, in 2013 was surveying the needs of refugee camps, when he and Haines were captured, is the first surveying captive to testify at Elsheikh’s trial (representative image). Photograph:( AFP )

Between the year 2012 and 2015, a group of three British men known as “the Beatles”, took more than 20 westerners hostage under IS’s reign of terror

Several aid workers and journalists kidnapped in Syria by a group of British Islamic State terrorists were forced to fight each other until they passed out, a US court was told during a hearing.

Between 2012 and 2015, a group of three British men known as “the Beatles”, took more than 20 westerners hostage under IS’s reign of terror. Prosecutors allege that El Shafee Elshiekh, who currently is on trial in Virginia, US, was the member nicknamed as Ringo by the hostages.

Federico Motka, an Italian-born aid worker, who grew up in UK, told the federal courthouse that he and David Haines, a British fellow aid worker, were forced to fight John Cantlie, an American journalist James Foley and a British war correspondent and photographer, in a “royal rumble” organised by the militant group.

“They were super excited about it,” Motka, describing 14 months of brutality at the hands of his IS kidnappers, told the court on Thursday. “We were so weak and shattered we could barely lift our arms.”

He further added that the trio humiliated them even more by mocking their forced fight, the Daily Telegraph reported. According to the Associated Press, during the summer of 2013, the hostages were told that the losers of the fight were being held captive at a facility known as “the box” that would be waterboarded.

Motka, in 2013, was surveying the needs of refugee camps, when he and Haines were captured.

He is the first surveying captive to testify at Elsheikh’s trial.

When the judge stepped in to ask what the phrase “posh wanker” meant, there was a moment of uncomfortable laughter, forcing Motka to explain the term’s meaning.

He further told all the things that happened with them, from playing games with them, to giving them dog names to which they were supposed to respond immediately, made them wear orange jumpsuits to replicate the “conditions to the detainees at Guantánamo Bay”.

The United States and United Kingdom did not pay for the release of hostages, which further led to the execution of Haines, British aid worker Alan Henning and four other Americans named in Elsheikh’s indictment – Foley, Steven Sotloff, Kayla Mueller and Peter Kassig. He is accused of being involved in their murders.

In opening statements, the prosecutors mentioned three British citizens - Elsheikh, his long-term friend Alenxanda Kotey and Mohammed Emwazi, who is also known as “Jihadi John,” who frequently carried out the job of executioner.

Mohammed Emwazi was killed in a drone strike, while Kotey and Elsheikh were transferred to Virginia to face trials.

The trials still continue as Elshiekh’s defence lawyer Edward MacMahon said there was “no dispute” about the horror the hostages’ fate.

MacMahon further said, there was no doubt that Elsheikh has gone to Syria to fight the IS, and there is no evidence to support that he was one of the members of “Beatles.”