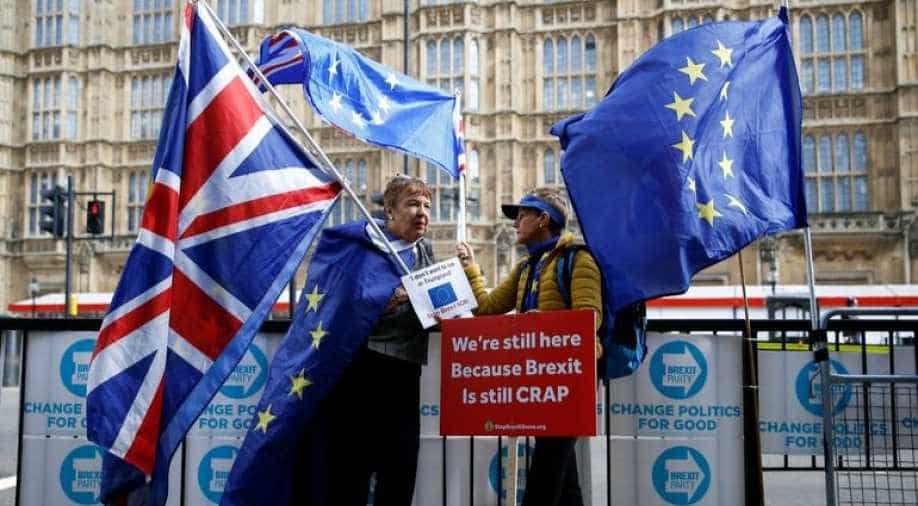 European Union sources said the eleventh-hour talks with London were at a standstill.

There are still issues to be resolved in Brexit negotiations, Irish Prime Minister Leo Varadkar said on Wednesday, as European Union sources said the eleventh-hour talks with London were at a standstill.

"There is a pathway to a possible deal but there are many issues that still need to be fully resolved," Varadkar said in a speech.

He said he had spoken to British Prime Minister Boris Johnson earlier in the day.

"I do think we are making progress but there are issues yet to be resolved and hopefully that can be done today."

"But if it's not, there is still more time. October 31 is still a few weeks away and there is the possibility of an additional summit before that if we need one ... Although time is running short, I am confident that (Ireland's) objectives can be met."

Shortly before Varadkar spoke, EU sources said the talks had reached a "standstill" over a future trade deal between Britain and the bloc, as well as the rejection by Northern Ireland's Democratic Unionist Party of customs solutions tentatively agreed by negotiators.

Britain's Brexit minister Steve Barclay said he would not consider accepting a delay to Britain's EU exit beyond October 31, even if it was only used to tie up the necessary legal requirements of an agreement.

"No, I think it is important that we leave on the October 31," Barclay told a British parliamentary committee.

Reports that the last-ditch talks to seal a Brexit deal, to be approved by a summit of EU leaders in Brussels on Thursday and Friday before Britain is due out on October 31, hit sterling and stocks in London.