Will hold abortion referendum in 2018: Ireland 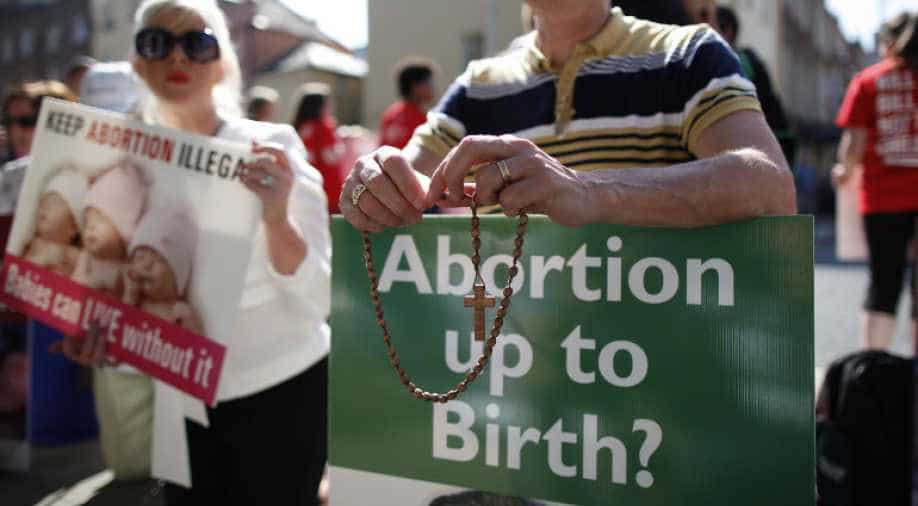 Abortion?has always been illegal in Ireland but was inserted into the constitution in 1983 following a referendum

Ireland will hold a referendum next year on whether to repeal its constitutional ban on abortion in almost all cases -- just a few weeks before Pope Francis visits, the government said Tuesday.

Prime Minister Leo Varadkar has previously said the eighth amendment, which makes abortion illegal unless there is a real and substantial risk to the life of the mother, was "too restrictive".

His government agreed Tuesday to hold the vote in "May or June 2018" -- just before the pope visits in August to attend the World Meeting of Families.

Abortion has always been illegal in Ireland but was inserted into the constitution in 1983 following a referendum, in which 67 percent of voters were in favour and 33 percent against.

A woman convicted of having an illegal termination faces 14 years imprisonment.

However, women are free to travel abroad for abortions and thousands do so every year, mainly to England.

Opinion polls in recent years have consistently indicated strong support for reform in Ireland, which remains largely Catholic but where scandals have dented the church's authority.

The referendum was announced as the government set out a timetable for several votes over the next two years, including one on Ireland's controversial anti-blasphemy law.

In 2015, Ireland became the first country in the world to legalise gay marriage in a referendum.

Varadkar said in a statement: "Any amendment to our constitution requires careful consideration by the people. They should be given ample time to consider the issues and to take part in a well-informed public debate.

"Setting a timetable for the referendum to be held over the next two years will allow all involved in campaigning on the issues to plan ahead and to facilitate that public debate."