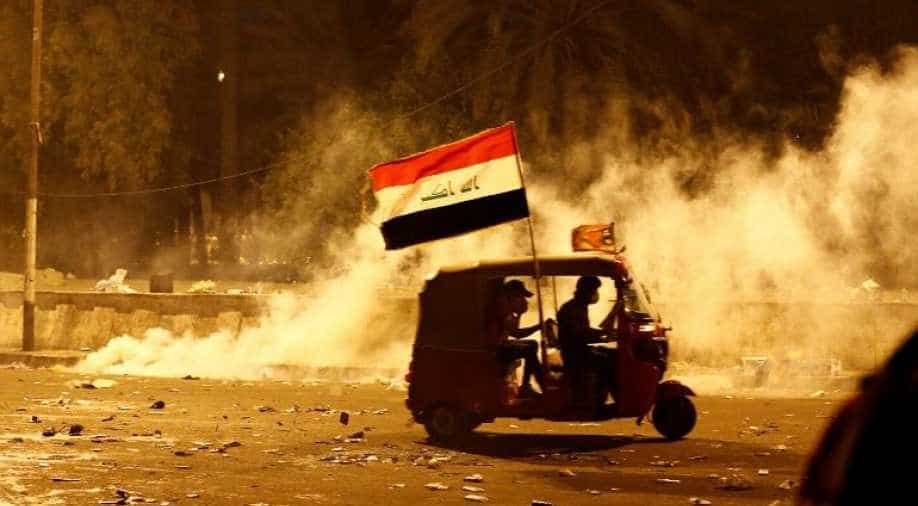 The agreement is the product of a series of meetings, including gatherings led by Major General Qasem Soleimani, commander of the Iranian Revolutionary Guard Corps' foreign operations arm, the Qods Force.

He has met with top leaders in Najaf and Baghdad, piling on the pressure to close ranks around Abdel Mahdi.

A source present at some of those meetings told AFP Soleimani had met with populist cleric Moqtada Sadr, who had vocally backed the protests, and Mohammed Ridha Sistani, the son of Iraq's top Shiite cleric, Grand Ayatollah Ali Sistani.

"Those meetings resulted in an agreement that Abdel Mahdi would remain in office," the source said.

Public anger erupted into demonstrations on October 1 against corruption and a lack of jobs, escalating into calls for the entire ruling system to be overturned.

But he has become the target of protesters' rage, accused of commandeering a bloody crackdown that has left nearly 300 dead since protests broke out.

Another source said political factions agreed this week to move forward on reforms if the premier and government stayed in place.

"Most of the heads of major blocs agreed in a meeting to keep Adel Abdel Mahdi and maintain power in exchange for reforms on corruption and constitutional amendments," said the source, a high-ranking member of a party that was represented at the gathering.

"They agreed to end the protests with any means possible and to reopen the bridges and shuttered streets," the official said.

Overnight, security forces began clearing out protest camps in Baghdad, the port city of Basra and the holy city of Karbala.