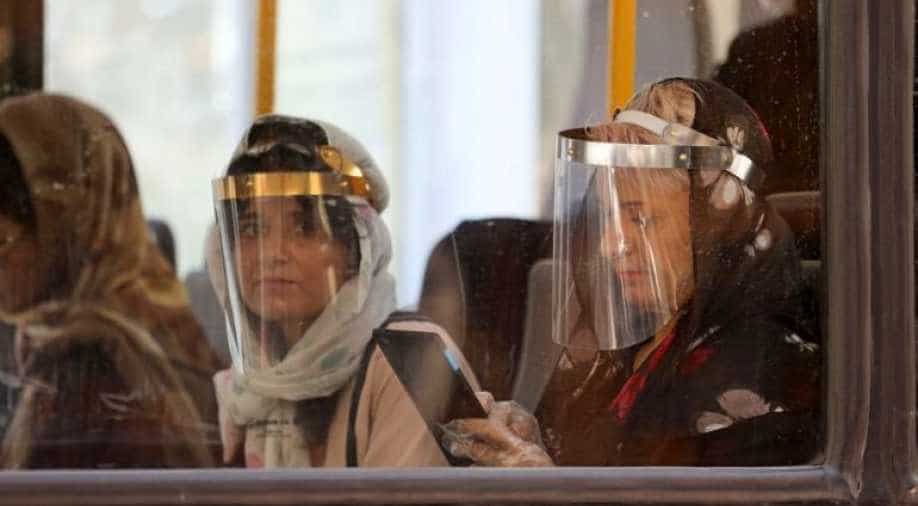 Passengers, wearing face shields due to the COVID-19 coronavirus, sit inside a bus in the Iranian capital Tehran on June 22, 2020. Photograph:( AFP )

That is Iran's highest single-day fatality rate since April 11

Iran on Tuesday reported 121 new coronavirus deaths, its highest daily toll in over two months, as it battles to contain the Middle East's deadliest COVID-19 outbreak.

That is Iran's highest single-day fatality rate since April 11, when 125 deaths were recorded.

Lari also announced another 2,445 people had tested positive for COVID in the past 24 hours, raising the country's caseload to 209,970.

The Islamic republic recorded a drop in its daily fatalities in early May, but there has been a rise in recent weeks.

There has been scepticism at home and abroad about the country's official COVID figures, with concerns the actual toll could be much higher.

Iran has not imposed a mandatory lockdown on people to stop the virus's spread, but it closed schools, cancelled public events and banned movement between the country's 31 provinces in March.

The government progressively lifted restrictions from April in order to reopen its sanctions-hit economy.