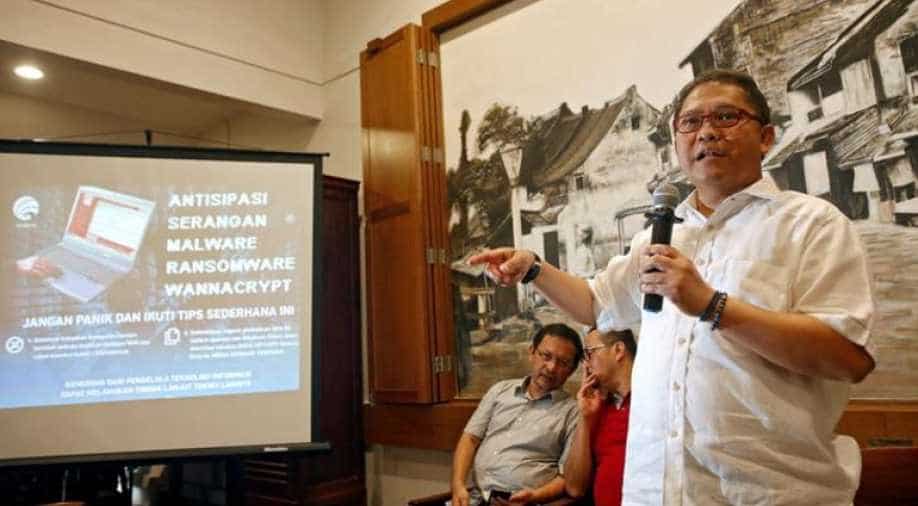 The Indonesian government said the global cyber attack that takes computer data hostage is likely to cause more havoc when offices reopen for business on Monday.

A large hospital in Jakarta was struck by the "ransomware" unleashed on Friday, but there has been no evidence so far to suggest that Indonesia was one of the worst-hit countries.

Communication and Information Minister Rudiantara urged companies to update their security before connecting computers to local area networks when the week starts.

"This is crucial for businesses when reopening on Monday, please beware and anticipate, and take preventive steps against the WannaCry malware attack," Rudiantara told a news conference.

The attack, which leverages hacking tools believed to have been developed by the U.S. National Security Agency, has infected tens of thousands of computers in nearly 100 countries.

Globally, hospitals, companies, and universities have been affected, with the most disruptive attacks reported in Britain, where hospitals and clinics were forced to turn away patients after losing access to computers on Friday.

The Indonesian minister advised those hit by the malware against paying ransoms to regain access to encrypted data, as there was no guarantee the virus spreader would decrypt files.

On Saturday, an official at his ministry said that at least two Jakarta hospitals, Dharmais and Harapan Kita, were affected by the attack.

Harapan Kita later denied it had been affected.

In Dharmais, a nurse reported at 5 a.m. on Saturday that a computer unit was displaying a message demanding $300, according to a hospital staff member, who only gave his name as Willy.

An hour later, many more computers were found to be infected and hospital staff said that data was locked on about 400 units in all at the hospital.

The attack has not affected critical health services but has caused bottlenecks in patient admissions process, Willy said.