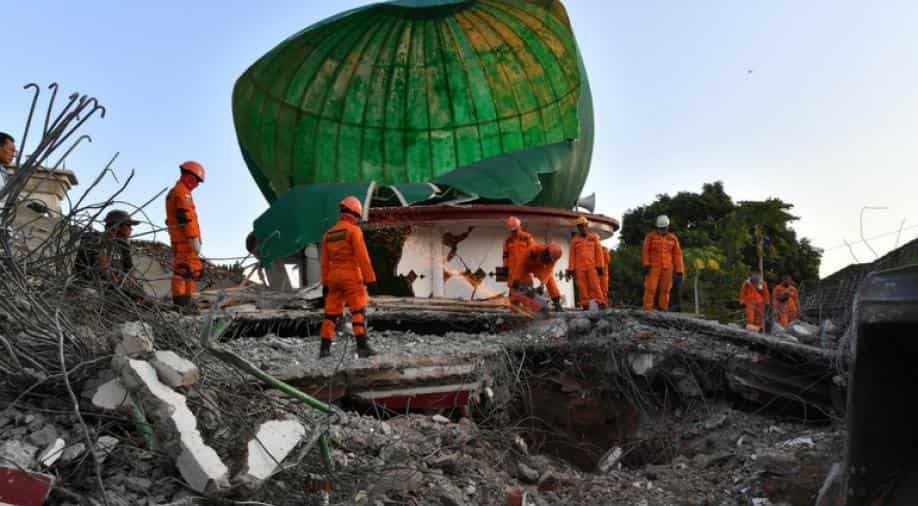 Indonesia on Tuesday ordered independent foreign aid workers to leave the quake zone and said foreign groups with staff in the disaster area on Sulawesi island should pull them out.

Indonesia has traditionally been reluctant to be seen as relying on outside help to cope with disasters, and the government shunned foreign aid this year when earthquakes struck the island of Lombok.

But it has accepted help from abroad to cope with the aftermath of a 7.5 quake and tsunami that hit the west coast of Sulawesi on Sept. 28, killing at least 1,948 people.

Despite that, some foreign groups say they have faced difficulties getting entry permits to bring in staff and equipment, and there has been confusion about the rules.

There have long been restrictions on the activity of foreign aid workers, and the national disaster agency, in a notice posted on Twitter, set the rules out for foreign non-governmental organisations (NGOs).

Foreign groups are not allowed to "go directly to the field" but must conduct all activities "in partnership with local partners", it said.

"Foreign citizens who are working with foreign NGOs are not allowed to conduct any activity on the sites affected," it said.

"Foreign NGOs who have deployed its foreign personnel are advised to retrieve their personnel immediately," the agency said in its English-language notice.

The official death toll in Sulawesi stood at 1,948 on Tuesday, with most of the fatalities in Palu, a small city that bore the brunt of the disaster.

No one knows how many people are missing, especially in areas of southern Palu devastated by soil liquefaction, but it could be as high as 5,000, the national disaster agency said.

About 70,000 people have been displaced.

A few foreign aid workers have been in the disaster zone, including some searching for survivors in the ruins of collapsed buildings in Palu, 1,500 km (930 miles) northeast of the capital, Jakarta. A German group brought in a water-purification system.

As well as being concerned to show it can manage disasters on its own, Indonesian governments are wary of being too open to outside help because they could face criticism from political opponents.

There is particular resistance to the presence of foreign military personnel as it could be seen as an infringement of sovereignty.

"There are political sensitivities, especially with an election coming up, and sovereignty is another issue,” said Keith Loveard, senior analyst with advisory and risk firm Concord Consulting, referring to polls due in Muslim-majority Indonesia next year.

Many countries regulate the activity of foreign aid groups but restrictions are sometimes set aside after major disasters.

Many of the displaced in Sulawesi are living in basic shelters in Palu and surrounding hills. A plan to relocate communities is being drawn up, the agency said.

The government has allocated 560 billion rupiah ($37 million) for quake relief and has said some 20 countries have offered help.

Sulawesi is one of Indonesia's five main islands. The archipelago sees frequent earthquakes and occasional tsunami.

Foreign governments and aid groups played a big role in the emergency response and recovery efforts in 2004.