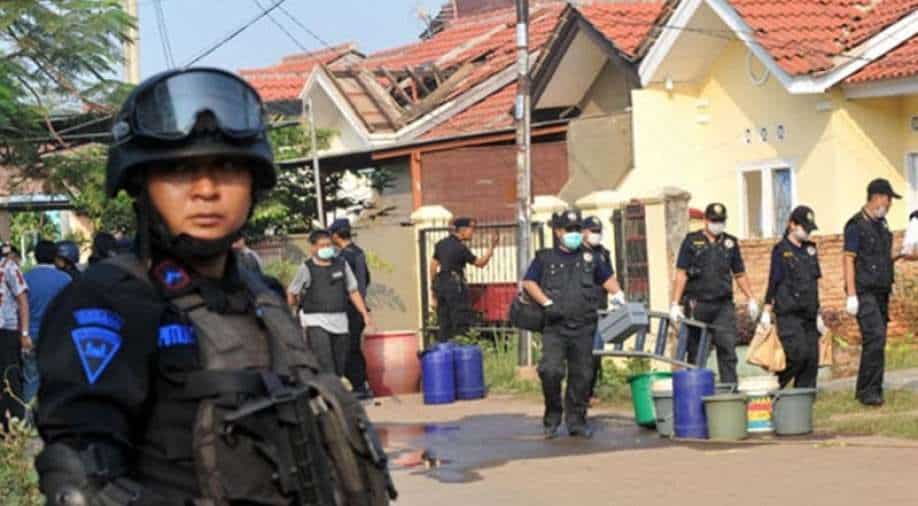 Tazneen Miriam Sailar is a Manchester-born convert to Islam once married to a now-deceased Indonesian jihadist. He, however, is not charged with terror offences.

Indonesia has detained a British woman named in a list of global terror suspects and plans to deport her for visa violations.

Tazneen Miriam Sailar is a Manchester-born convert to Islam once married to a now-deceased Indonesian jihadist. He, however, is not charged with terror offences.

Sailar was born in Manchester on February 20, 1973 and holds a British passport, according to the list, which also said she goes by at least two aliases.

But she and her late husband are on a police list of suspected domestic and foreign extremists, including a Frenchman who appeared in Islamic State (IS) beheading videos and another close to the brothers who massacred staff at satirical magazine Charlie Hebdo.

Sailar and her 10-year-old Indonesia born son were being held in Jakarta after they were picked up last year on allegations she didn't have documents to remain in the Southeast Asian nation, according to her lawyer Farid Ghozali.

The police document does not say why Sailar was listed along with some 400 other terror suspects, including her late husband who was killed in Syria in 2015.

The couple's 2010 marriage was officiated by radical Indonesian cleric Abu Bakar Bashir, the spiritual head of extremist group Jemaah Islamiyah (JI), according to sources familiar with the case.

JI members were behind the Bali bombings which saw more than 200 people, including nearly 90 Australian holidaymakers, killed when massive blasts ripped through a pair of packed bars on the Indonesian holiday island in October 2002.

Sailar operated a charity named after her late husband, which sent aid to women and children in conflict-wracked Syria.

She arrived in Muslim-majority Indonesia in 2005 as a medical volunteer for a Christian-based humanitarian foundation that assisted victims of natural disasters, Ghozali and a source said.

Alleged members of the Taliban and Islamic State (IS) appear on the Indonesian police list, as well as British Islamist Anjem Choudary and Sally-Anne Jones, an Islamic State (IS) recruiter reportedly killed in a US drone strike in Syria.

Maxime Hauchard, a now-dead French convert seen in a gruesome IS beheading video, was listed along with French jihadist Peter Cherif, previously charged with the 2011 kidnapping of three French aid workers in Yemen and a close associate of the siblings who killed staff at Charlie Hebdo in 2015.