In largest immigration raid, US authorities arrest 680 workers at Mississippi 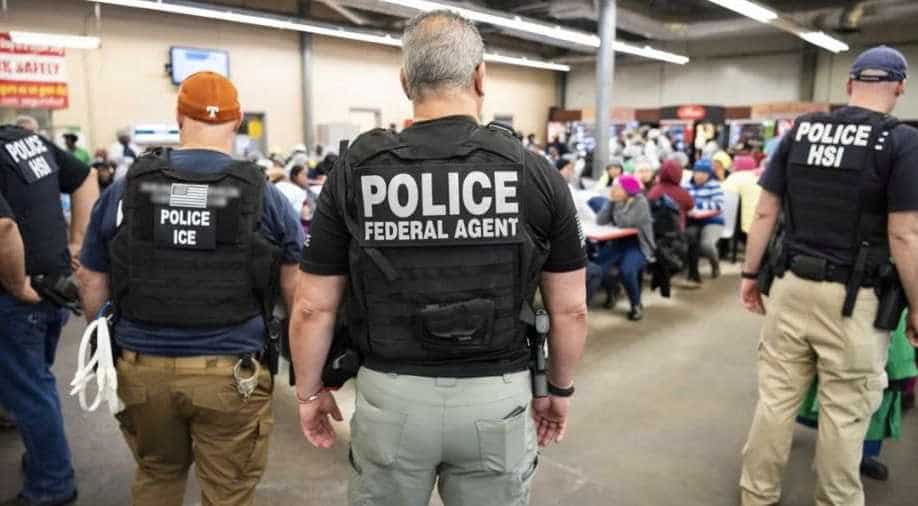 Officers from Immigration and Customs Enforcement (ICE) look on after executing search warrants and making arrests at an agricultural processing facility in Canton, Mississippi, US. Photograph:( Reuters )

Some of those detained will be released for 'humanitarian reasons' and required to appear in the US immigration court.

US immigration authorities arrested nearly 700 people at seven agricultural processing plants across Mississippi on Wednesday in what federal officials said could be the largest worksite enforcement operation in a single state.

Immigration and Customs Enforcement (ICE) said in a statement they detained about 680 people who were working illegally at the plants. They said they also seized business records as part of a federal criminal investigation.

Some of those detained will be released for "humanitarian reasons" and required to appear in the US immigration court, the US Attorney's Office of the Southern District of Mississippi, which partnered with ICE, said in a statement. Others will be transported to an ICE facility in Jena, Louisiana, it said.

A video released by ICE showed buses arriving at a Canton, Mississippi, processing facility where agents searched workers and checked their identification documents. Some workers had their hands restrained with nylon ties, the video showed.

Meanwhile, Mexico said that 122 of its citizens were among the people arrested in the raids.

Past large operations to enforce immigration laws at workplaces have included the arrest in 2008 of more than 300 workers at a kosher meatpacking plant in Postville, Iowa.

During the administration of former President Barack Obama, ICE prioritised the arrests of recent border crossers, people who had previously been ordered deported and those seen as a threat to public safety.

President Donald Trump has made cracking down on illegal immigration a centrepiece of his presidency, however, and ICE has stepped up its activities considerably since he took office in January 2017.

ICE said it has made more than 2,300 criminal and administrative arrests related to workplaces in the 2018 fiscal year, which ended in September, compared to just over 300 in the previous year.

Among the facilities targeted in Wednesday's operation was a Peco Foods processing plant in Canton. On its website, Peco Foods says it is the 8th largest poultry producer in the United States.

Tom Super, the spokesman for the National Chicken Council, an industry group, said meat processing companies do their best to hire legal workers.

"The chicken industry uses every tool in the toolbox to ensure a legal workforce," Super said.