In a first, Russian soldier accused of killing civilian being tried for Ukraine war crimes 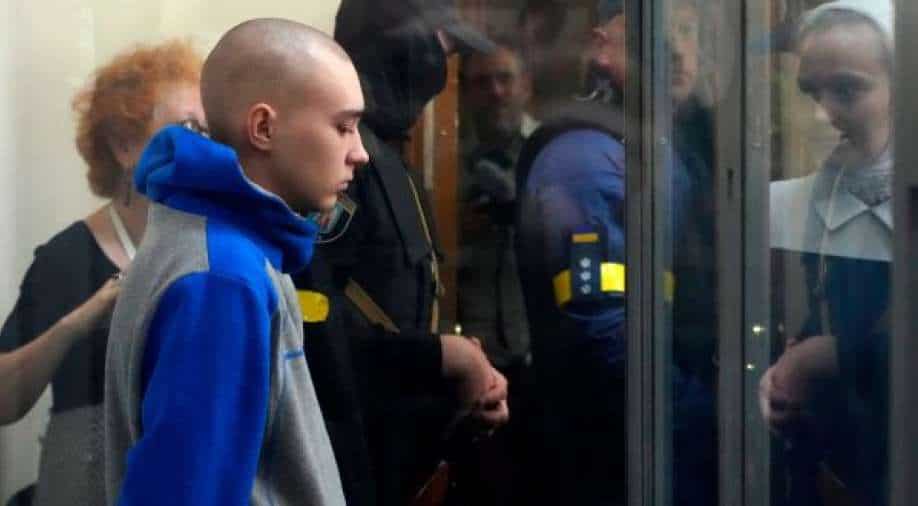 Ukrainian court began the preliminary hearing on Friday against Vadim Shysimarin, 21, a commander of the Kantemirovskaya tank division

A Russian soldier has become the first person from the Russian military to be tried for war crimes in Kyiv after being accused of murdering an unarmed man on a bicycle.

A Ukrainian court began the preliminary hearing on Friday against Vadim Shysimarin, 21, a commander of the Kantemirovskaya tank division.

Shysimarin’s lawyer Victor Ovsyanikov informed the court that his client has acknowledged of killing the 62-year-old man in the head through an open car window in the northeastern village of Chupakhivka in the first week of the war.

According to prosecutors, Shysimarin, who is from the city of Ust Illyinsk, in the south-eastern Russian region of Irkutsk, shot dead the man after being ordered “to kill a civilian so he would not report them to Ukrainian defenders.”

The Security Service of Ukraine, known as the SBU, posted a short video on May 4 of Shyshimarin speaking in front of camera and briefly describing how he shot the man. The SBU described the video as “one of the first confessions of the enemy invaders”, according to the Daily Mail.

The court will reconvene on May 18, the judge said.

The crime is said to have taken place “dozens of metres” from the victim’s house and was committed using an AK-74 rifle, The Guardian reported.

Also read | Finland says one step closer to joining NATO, Russia calls it a threat to ‘our borders’

He faces up to life in prison under the penalties spelt out in the section of the Ukrainian criminal code that addresses the laws and customs of war, according to Reuters.