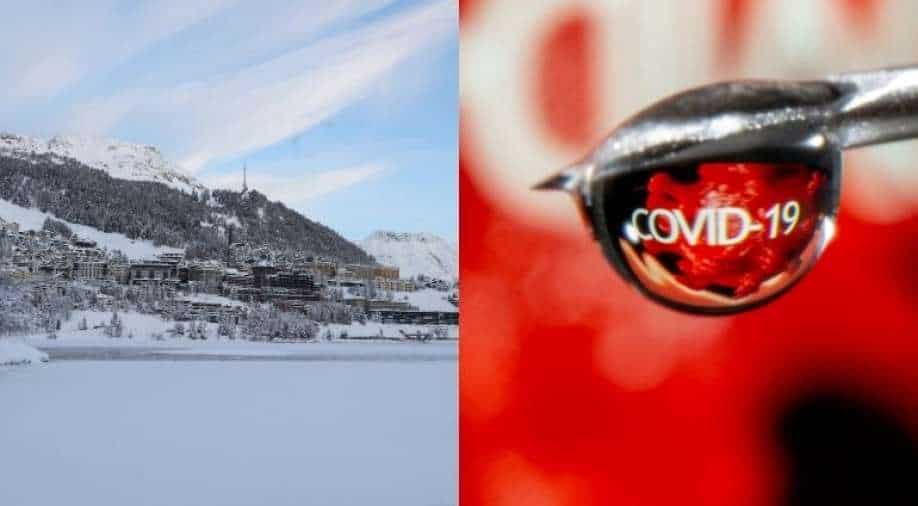 The eastern Swiss canton of Grisons in a statement said that about a dozen cases in two hotels have been reported, leading to a quarantine

Two hotels were quarantined with ski schools located in the post resort of St. Moritz in Switzerland being shut down on Monday to control a new variant of the novel coronavirus.

The eastern Swiss canton of Grisons in a statement said that about a dozen cases in two hotels have been reported, leading to a quarantine.

"About a dozen cases are currently known in two hotels. To protect the health of the population and guests, the health department has quarantined the two hotels and ordered corona tests for their employees and guests," the statement said.

The canton said the mutations are similar to ones found in Britain and South Africa, but did not confirm whether it matches exactly as the samples were to be genetically sequenced.

It also did not comment whether the variant has come from the UK or South Africa.

The canton has ordered everyone to wear masks in the town that is known as the birthplace of modern winter sports.

Mass testing of the people will begin on Tuesday and schools and daycare centres have been shut down.

The name of the hotels quarantined was initially not revealed by the authorities, but assumed foreigners were among the visitors in the hotels.

Switzerland has closed theatres, bars and restaurants to contain the spread of the virus, but has kept skit lits open as long as they follow social distancing guidelines and ask visitors to wear masks.