Here is what is due to happen next in Brexit 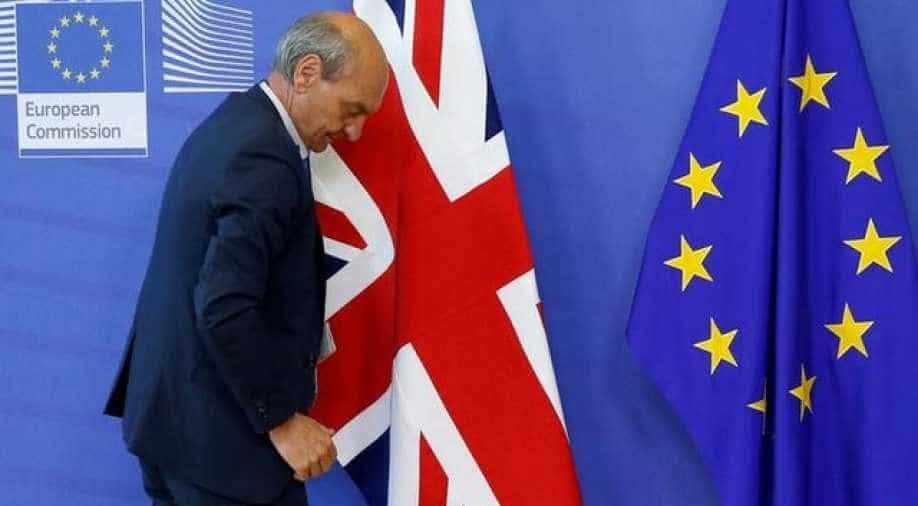 EU leaders have agreed to delay Brexit to May 22, from March 29, on the condition the Withdrawal Agreement is approved by parliament next week.

European Union leaders have given Prime Minister Theresa May a two-week reprieve before Britain could leave the bloc without an exit deal if she fails to win parliament's backing for her agreement with Brussels.

Also read: If Brexit happens, it will constitute a real test of EU’s longevity

Below is what is due to happen next:

Lawmakers are due to debate a government motion saying that parliament has considered a statement made by May on March 15 which set out the government's next steps on Brexit, including its plan to seek a delay.

They will put forward proposed changes, known as amendments, to this motion setting out alternative ways forward on Brexit.

While amendments are not legally binding - although they exert political pressure on May to change course - a cross-party group of lawmakers hopes to use one to change the rules of parliament to wrest control of the Brexit process from the government.

The group, including lawmakers from May's Conservatives, have put forward a proposal which would set aside March 27 to debate and vote on alternative ways forward on Brexit to try to find a majority that would break the parliamentary deadlock.

A similar amendment voted on last week lost by just two votes so this is expected to have a good chance of passing.

EU leaders have agreed to delay Brexit to May 22, from March 29, on the condition the Withdrawal Agreement is approved by parliament next week.

The government has yet to schedule a day for a vote but it will have to notify parliament the day before it plans to hold one. Tuesday had been the day most widely expected but with the threat of a no-deal exit on Friday now removed, some believe it could be later in the week.

Commons Speaker John Bercow has ruled that the government cannot bring forward proposals for a vote that are substantially the same as those already defeated twice before, but this is not ultimately expected to prevent the third vote if lawmakers want one to happen.

May's team says that the approval at an EU summit of the so-called Strasbourg agreement - extra assurances on the Northern Irish backstop arrangement - and other measures now change the deal's shape from the last time it was voted on.

May needs to win over at least 75 lawmakers to get her deal approved, at the moment this looks like an uphill struggle.

Last week, May's de facto deputy, David Lidington, promised that if the government's deal was not approved and Britain was facing a long delay to Brexit, the government would give parliament time to consider the way forward.

"In such a scenario the government ... would facilitate a process in the two weeks after the March European Council to allow ​the House to seek a majority on the way forward," he said.

This has been interpreted as so-called indicative votes, which would allow lawmakers to vote on a variety of possible Brexit outcomes to see if there is a majority for any option.

On Thursday, May said she would honour the commitments made to parliament by her government.

Such votes could be forced on the government on Wednesday if the proposal to take control of the business in parliament, put forward by the cross-party group of lawmakers, passes on Monday.

Parliament must pass the legislation required to change the exit date in law before March 29.

If parliament does not support May's deal next week, the EU has agreed to delay Brexit until April 12 - the day on which Britain would have to give legal notice that it was taking part in EU elections on May 23.

"At this point we would either leave with no deal, or put forward an alternative plan," May said in Brussels on Thursday.

If May's deal is approved next week, Britain's exit will be delayed until May 22 in order to give parliament time to pass the legislation necessary to ratify the deal.