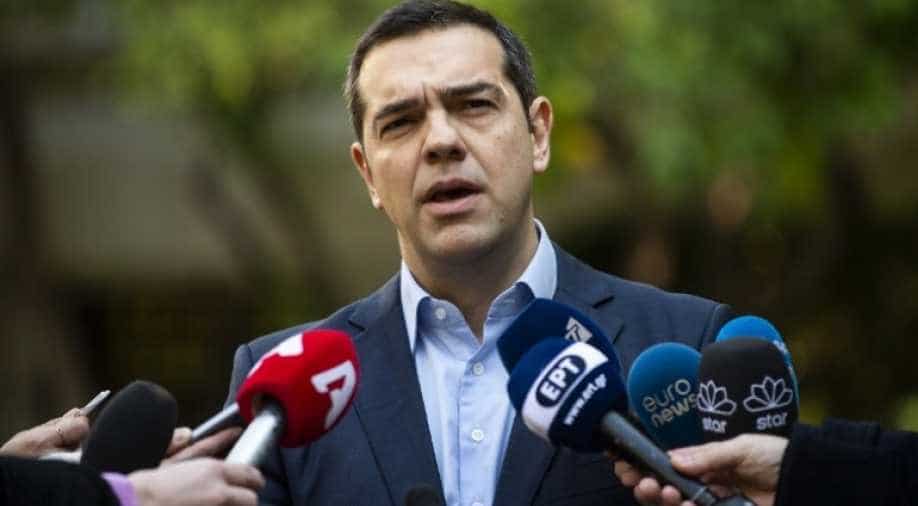 'We will proceed immediately to the renewal of the confidence in our government by the parliament in order to proceed with the major issues for our country,' he said.

Greek Prime Minister Alexis Tspiras Sunday called an "immediate" no-confidence vote in parliament over the resignation of a top minister opposed to the country's name change deal with Macedonia.

"We will proceed immediately to the renewal of the confidence in our government by the parliament in order to proceed with the major issues for our country," he said.

The semi-official ANA news agency said the debate on a no-confidence vote could begin as early as Tuesday and could be concluded by Thursday.

Kammenos said that he would vote against the government as supporting it would imply backing for the name deal with Macedonia.

The nationalist ANEL has supported the Tsipras administration with its seven lawmakers and has six ministers and junior ministers in the government.

Kammenos had threatened to pull out of the government when the name deal comes to a vote in Athens from the moment Tsipras signed it with Macedonian Prime Minister Zoran Zaev in the border Prespes region in June. However, some of his ANEL party's MPs remain ambivalent.

Macedonian lawmakers voted late on Friday to rename their country the Republic of North Macedonia but the agreement now needs backing from the Greek parliament to come into effect.

For the Greeks, Macedonia is the name of a history-rich northern province that was the cradle of Alexander the Great's ancient empire.

Greece has blocked its neighbour's accession to NATO and the European Union ever since Macedonia broke away from the former Yugoslavia in 1991.

"We will do everything to block the ratification of the Prespes deal," Kammenos told a news conference Sunday after announcing his resignation.

He charged that the agreement was "anti-constitutional" and called for a referendum on the issue to coincide with EU elections in May.

After meeting with Tsipras earlier Sunday, Kammenos said, "the Macedonia issue does not allow me not to sacrifice my post".

Tsipras believes the agreement can be ratified with the 145 lawmakers of his leftist Syriza party plus the votes of the small pro-EU To Potami party as well as some ANEL lawmakers who disagree with Kammenos's position.

The main opposition New Democracy party is vehemently against the agreement.