Germany to limit use of gas for electricity production, says economy minister 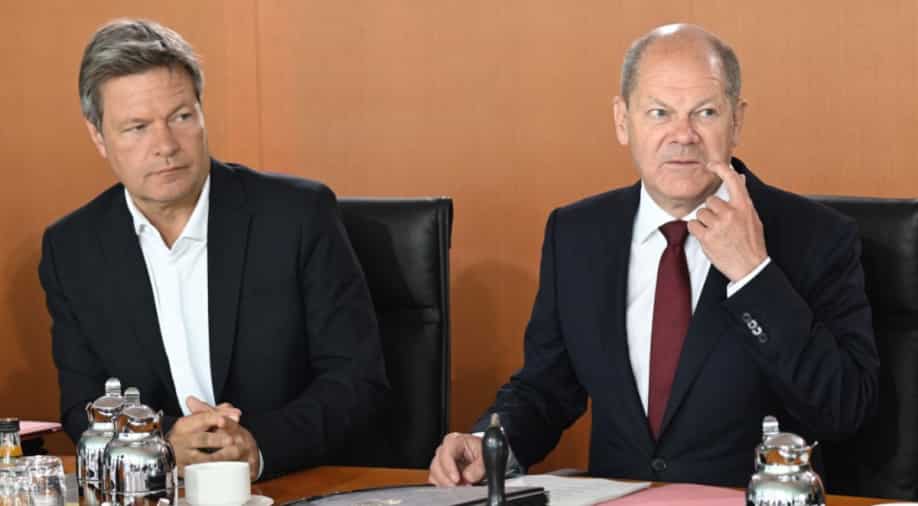 German Minister of Economics and Climate Protection and Vice-Chancellor Robert Habeck (L) and German Chancellor Olaf Scholz look on before the start of the weekly cabinet meeting at the Chancellery in Berlin Photograph:( AFP )

By burning coal, Germany will try to compensate for the move according to Robert Habeck, who is also the vice-chancellor of the country

Amid concerns about possible shortages caused by a cut in supplies from Russia, the German minister of economics and climate protection said Sunday that the country will limit the use of natural gas for electricity production.

By burning coal, Germany will try to compensate for the move according to Robert Habeck, who is also the vice-chancellor of the country.

Habeck, who is a member of the environmentalist Green party, told German media that “That’s bitter, but it’s simply necessary for this situation to lower gas usage.”

Habeck said appeared to be politically motivated even though Gazprom said it was for technical reasons.

“It’s obvious that (Russian President Vladimir) Putin’s strategy is to unsettle us by driving up the price and dividing us,” Habeck said. “We won’t let that happen.”

Describing the situation as “serious”, Habeck added that although storage facilities are currently at 56.7 per cent capacity Germany may nevertheless need to take further necessary measures to make up the shortfall from Russia with purchases from elsewhere.

Berlin, which is scaling back its imports because of the war in Ukraine, has nevertheless insisted that Russian gas will be needed for a while until alternative sources of energy are available.

In order to ensure enough gas is available as a heating fuel through the winter, the German government has taken measures to fill gas storage facilities to 90 per cent capacity by November.