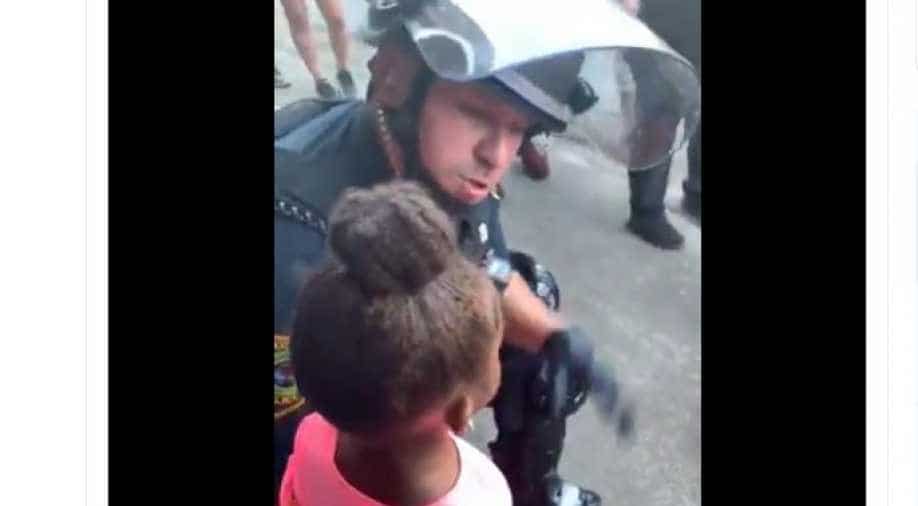 The officer gave her a hug and replied, “We’re here to protect you okay? We’re not here to hurt you at all.” Photograph:( Twitter )

The video has gone viral on Twitter with more than 1.5 million views as of Friday afternoon.

After several videos of police brutality have emerged during protests over the death of African American George Floyd. A video of a heartwarming moment between cop and a little protester emerged on social media after Tuesday's George Floyd march in Houston.

The viral video shows a 5-year-old Afro-American girl in Texas being comforted by a white police officer during a George Floyd protest after she started crying and asked, “Are you gonna shoot us?”

The officer's response was beautiful.

He said, "We're here to protect you, OK? We're not here to hurt you at all, OK. You can protest. You can party. You can do whatever you want. Just don't break anything."

During the protest in Houston yesterday one of the police officers noticed my daughter crying. She asked him “Are you gonna shoot us” he got down on one knee wrapped his arm around her and responded: pic.twitter.com/gQWF7HMf3l

The video has gone viral on Twitter with more than 1.5 million views as of Friday afternoon.