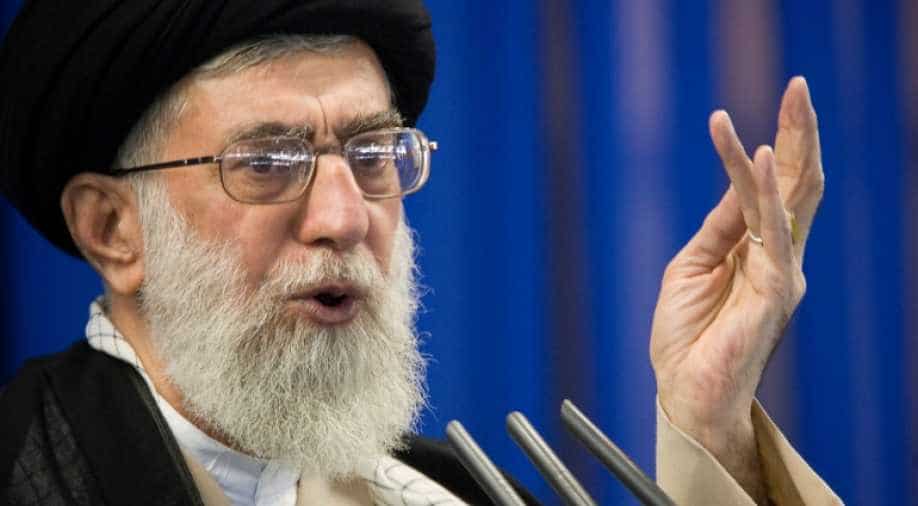 Ayatollah Ali Khamenei added that if heads of three departments have made a decision on price hike, then he will support the decision.

Iran's supreme leader Ayatollah Ali Khamenei on Sunday supported government's decision to hike petrol prices and blamed the opponents of the Islamic Republic for the vandalism on Saturday's protests.

"Some people are no doubt worried by this decision ... but sabotage and arson is done by hooligans not our people. The counter-revolution and Iran's enemies have always supported sabotage and breaches of security and continue to do so," Ayatollah Khamenei said, reports Iran's state television.

Forty people have been arrested in the central Iranian city of Yazd for clashing with the police during protests on Saturday, the semi-official ISNA news agency reported Sunday. The police added that those arrested participated in the vandalism and most of them were not locals.

Khamenei added that if heads of three departments have made a decision on the price hike, then he will support the decision.

On Saturday, protests erupted in Iran a day after the government surprised with a decision to ration petrol and hike its price.

Iran's news agency IRNA said that the demonstrations were "severe" in Srijan in central Iran where protesters even attacked a fuel storage warehouse and tried to set fire to it.

The protests were also held in other cities such as Mashhad, Birjand, Ahvaz, Gachsaran, Abadan, Khoramshahr, Mahshahr, Shiraz and Bandar Abbas.

On Friday, Iran imposed petrol rationing and raised pump prices by at least 50 per cent, claiming that the move will help citizens in need with cash handouts. The move is expected to bring 2.55 billion per annum, the head of the country's Planning and Budget Organisation, Mohammad Bagher Nobakht said.

On Saturday, Iranian President Hassan Rouhani said that "75 per cent of the country are under pressure" and the extra revenue will go only to them not the treasury.

Iran's economy is facing serious trouble since last May when US President Donald Trump pulled out of a 2015 nuclear agreement and imposed sanctions on the Islamic Republic.

Inflation is high as much as 40 per cent and the International Monetary Fund (IMF) predicted that the country's growth will shrink 9 per cent in 2020 and stagnate in 2020.

In December 2018, Rouhani tried to increase the fuel prices but his move was blocked in the Parliament due to intense protests that lasted several days. The speaker of the Parliament had said during that time that the move is not in the interests of the people of Iran.