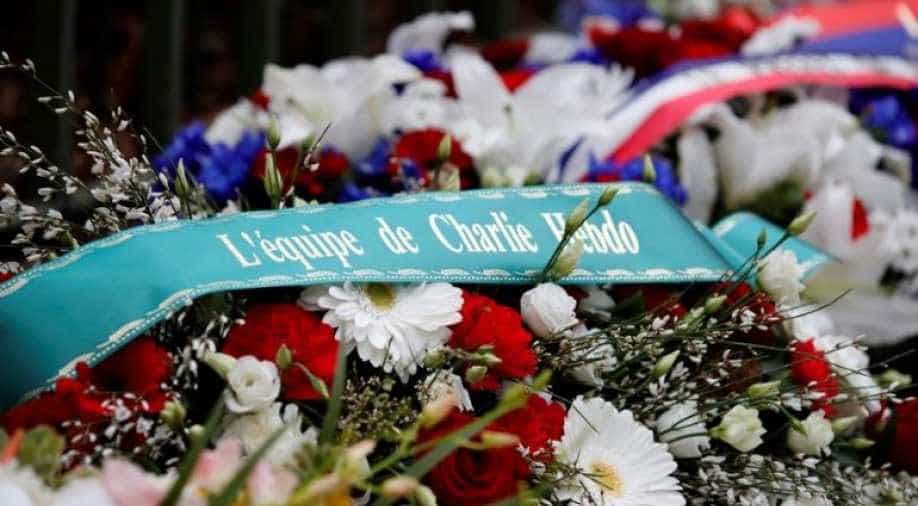 The target was a magazine Charlie Hebdo. It published cartoons of the prophet Mohammed. Terrorists stormed its office in Paris and killed 12 people before escaping.

Because the accused in the 2015 attack go on trial tomorrow.

These are 14 suspected accomplices. The government is on the edge. It has issued a warning. The Interior Minister of France has said that there's a very high risk of a terror attack in the country. More than eight thousand suspected Islamic radicals are under watch.

France is reliving the horror of 2015.

Inside the weekly editorial meeting was on. The terrorists opened fire and killed 12 people.

Eight journalists, two police officers, a maintenance worker and a guest of the editorial board were killed.

The attack had set off weeks of unrest in France. The magazine received global support. There were rallies across the world.

With supporters holding up signs that said "Je suis Charlie" or "I am Charlie".

Al Qaeda in the Arabian Peninsula took responsibility for the attack. Three men were involved. They were killed by the police in separate incidents. But, their accomplices are yet to be punished. They go on trial tomorrow. More than 140 witnesses will testify.

The attack on Charlie Hebdo in 2015 was not the first. But --- it was deadliest. This magazine has built its reputation by lampooning Islam and Muslims through its cartoons.

Any depiction of the prophet Mohammad is considered a serious insult and a religious offence by Muslims.

Now, five years after the attack, despite the objections --- and the obvious security threat --- they're doing it again. Reprinting the controversial cartoons. Now as the suspects go on trial. The magazine continues its provocative brand of journalism.

The French government is tense. The risk of terror attacks is extremely high. The French Interior Minister has said that "the risk of terror of sunni origin is the main threat" that France faces today. More than eight thousand individuals --- 8132 to be precise --- are under watch in France.

They are on the govt database of "suspected islamist radicals" and a potential security threat.

Russia, US in talks over 'Merchant of Death' for basketballer Brittny Griner: Moscow