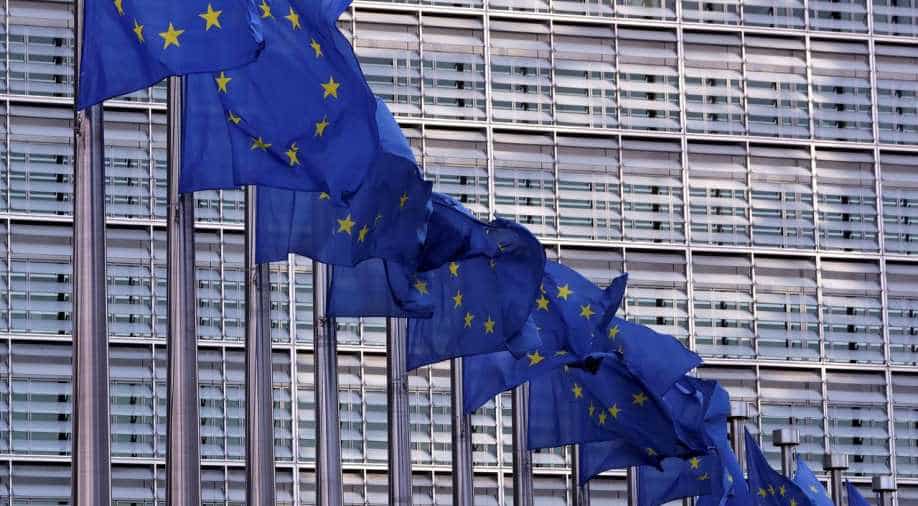 The United States said on Wednesday it would terminate the waivers, which had allowed Russian, Chinese and European companies to carry out work at Iranian nuclear sites.

The United States said on Wednesday it would terminate the waivers, which had allowed Russian, Chinese and European companies to carry out work at Iranian nuclear sites.

"We deeply regret the US decision to end the three waivers. These projects, endorsed by UN Security Council Resolution 2231, serve the non-proliferation interests of all and provide the international community with assurances of the exclusively peaceful and safe nature of Iranian nuclear activities," the three European countries said in a joint statement.

The role of the foreign firms was agreed in Iran’s nuclear deal with world powers in 2015, and was intended to help ensure Iran’s nuclear programme would not be used to make weapons.

The waivers had allowed Russian, Chinese and European companies to work on the conversion of Iran's Arak heavy water reactor, the provision of enriched uranium for a Tehran research reactor, and the transfer of spent fuel abroad.

To this end, Iran’s Atomic Energy Organisation (AEOI) said on Thursday that the US decision would not affect Iran’s nuclear programme.

“The ending of waivers for nuclear cooperation under (the nuclear deal) will not in practice have any effect on Iran’s work,” AEOI spokesman Behrouz Kamalvandi said, in remarks reported by ISNA news agency.

“Of course America wants its actions to have an effect in line with pressure on Iran, but in practice nothing will happen.”

Under the 2015 nuclear agreement, Iran agreed to curbs on its nuclear programme in exchange for sanctions relief.

US President Donald Trump withdrew from the deal in 2018 and has since reimposed sanctions. Iran has scaled back its commitments under the deal but says it still abides by its overall terms.

The waivers, which officials said expire on July 27, covered the conversion of Iran’s Arak heavy water research reactor, the provision of enriched uranium for its Tehran Research Reactor and the transfer of spent and scrap reactor fuel abroad.