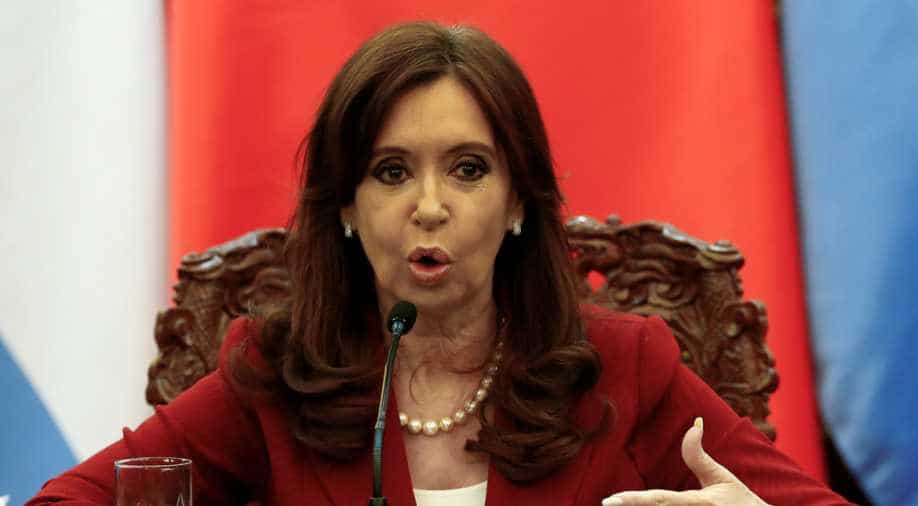 Kirchner, who was in office from 2007 to 2015, slammed a judge for charging her on Tuesday saying the ruling was 'a big maneuver of political persecution'. Photograph:( Getty )

Former Argentine president Cristina Kirchner was charged in a corruption case on Tuesday and her assets were ordered froze.

Kirchner slammed a judge for indicting her with graft over public tenders saying the ruling was "a big maneuver of political persecution."

A justice ministry statement said the judge ordered an embargo on her 10 billion pesos ($630 million) asset.

Kirchner, who was in office from 2007 to 2015, has repeatedly denied malpractice. Her planning minister at the time of the tenders, Julio de Vido, was also charged.

"I am neither a friend nor an associate of Baez," Kirchner had said in her testimony. AFP reported that Baez was closed to Kirchner and her late husband Nestor Kirchner, who preceded her as president from 2003 to 2007. Baez has been jailed since April.