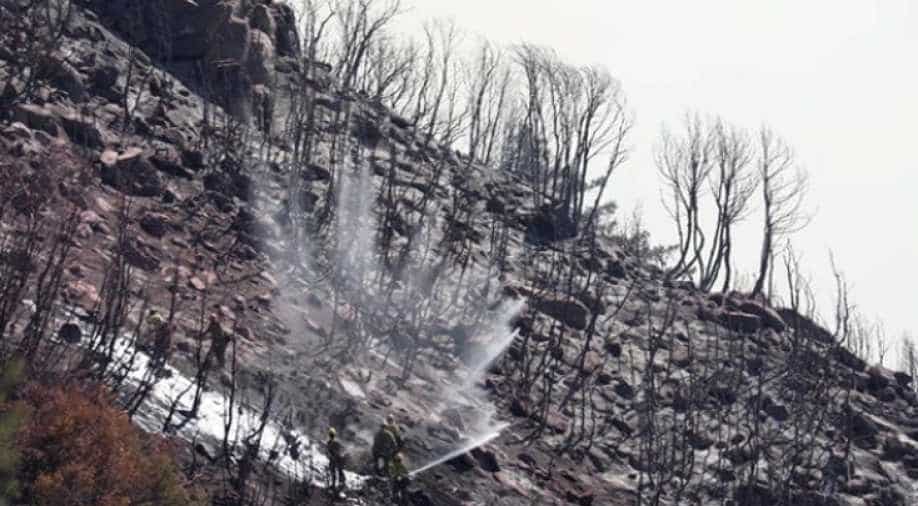 Nearly half of all forests burned in the European Union in 2016 Photograph:( Reuters )

The alarming pace of destruction of 51% higher than the prior year. ||Brazil's Amazon region lost 9.1 million acres of tree cover. ||

A sharp increase in forest fires stoked record losses in global forest cover equivalent to the area of New Zealand in 2016, a Global Forest Watch report has said.

The alarming pace of destruction of 51% higher than the prior year with a loss of 73.4 million acres (29.7 million hectares), according to data from the University of Maryland was partially due to climate change that has increased the risks and intensity of wildfires by triggering temperature rise and drought in some places, the monitor said yesterday.

The 2015-2016 weather phenomenon El Nino, one of the strongest on record, also played a role, having created particularly dry conditions in the tropics. Many of those tropical areas are not naturally prone to catching fire but vulnerability increased due to poor management and was exacerbated by El Nino.

Deadly blazes in Brazil and Indonesia were among those contributing to the loss. This year, deadly blazes have again devastated regions of Portugal as well as California.

Brazil's Amazon region lost 9.1 million acres of tree cover more than three times that of 2015. And Portugal saw some 4% of its forests go up in smoke in 2016, the highest proportion of any other country.

Nearly half of all forests burned in the European Union in 2016 were in Portugal, where fire-prone eucalyptus and pine plantations along with poor soil encouraged the deadly flames.

The country is set to break the record for destroyed forests in 2017, with recent disasters killing dozens of people.

Early 2016 saw one of the largest fires ever recorded in Central Africa, destroying 37,000 acres of forest in the Republic of Congo.

Deforestation resulting from agriculture, logging and mining also contributed to the losses.