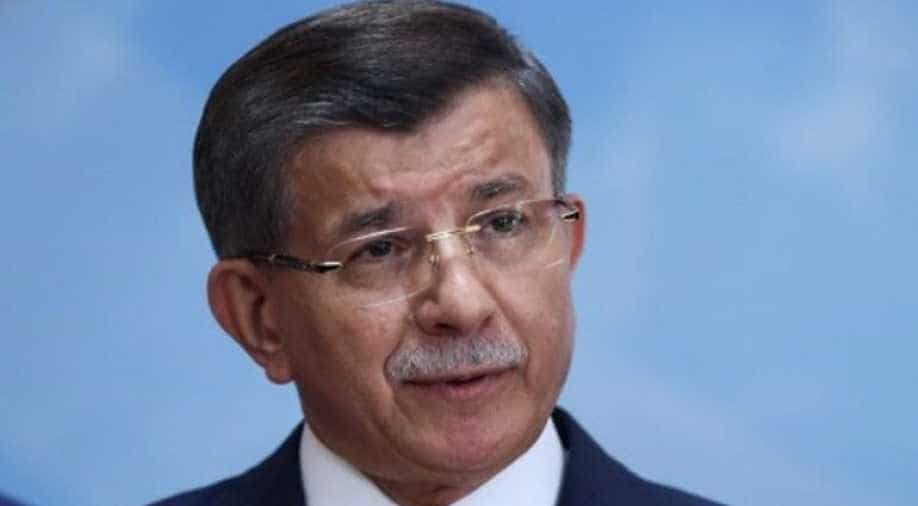 Erdogan has seen an increasing number of defections from former allies in recent months, amid disquiet over the party's policies on freedoms, justice, and the economy.

Former Turkish prime minister Ahmet Davutoglu on Friday said he would launch a "new political movement" in the latest challenge to President Recep Tayyip Erdogan from his former allies.

Erdogan has seen an increasing number of defections from former allies in recent months, amid disquiet over the party's policies on freedoms, justice, and the economy.

Dissent within the ruling Justice and Development Party (AKP) has accelerated since a controversial decision to annul an opposition victory in the Istanbul mayoral election in March, only for the opposition to win by an even wider margin in the re-run.

Davutoglu already signalled his intention to split several months ago when he criticized the handling of the Istanbul poll.

"It is our historical responsibility and duty to the nation to set up a new political movement," he told reporters in Ankara on Friday.

Davutoglu was foreign minister before serving as premier and chairman of the AKP, until relations soured with Erdogan in 2016 and he was forced out of office.

"I resign from the party where I have served with great honour, worked for years and given much effort," he said.

His resignation comes before he was pushed out of the AKP.

Earlier this month, the AKP's executive committee unanimously agreed to send Davutoglu to a disciplinary board for dismissal a move he described as the moment the AKP "renounced its founding values and principles."

Splits within the ruling party are now out in the open and "will continue to weaken the AKP," said Berk Esen of Ankara's Bilkent University.

Another key defector is ex-economy Minister Ali Babacan, who this week told Turkish daily Karar that he would launch his own party by the end of 2019.

Babacan was credited with overseeing Turkey's economic boom in the 2000s, having served as both economy minister and deputy prime minister between 2002, when the AKP first came to power, and 2015 when he left the government.

Babacan, a founding AKP member, resigned from the party in July, citing the need for a "new vision" for Turkey and "deep differences" over policy.

He said he would not join forces with Davutoglu, however, because their "political priorities, method and tone are different".

Babacan and Davutoglu are now in a race to establish their parties and peel away discontented AKP voters, said Esen.

"Babacan has a higher chance of success than Davutoglu, whose foreign policy agenda after the Arab Spring was discredited," said Esen.

Davutoglu spearheaded an aggressive strategy as foreign minister, which left Turkey with few friends in the Middle East and a strained relationship with Russia. He was also the face of Turkey's failed attempt to oust Syrian President Bashar al-Assad.

There have been unconfirmed reports that Babacan may ally with former president Abdullah Gul and other senior figures including ex-justice minister Sadullah Ergin, who resigned from the AKP last month.

"(Babacan) could appeal to the wider electorate, as opposed to Davutoglu who strikes a very conservative tone," said Esen.