I will not stop dreaming about a united Europe: Tusk on possible Brexit U-turn 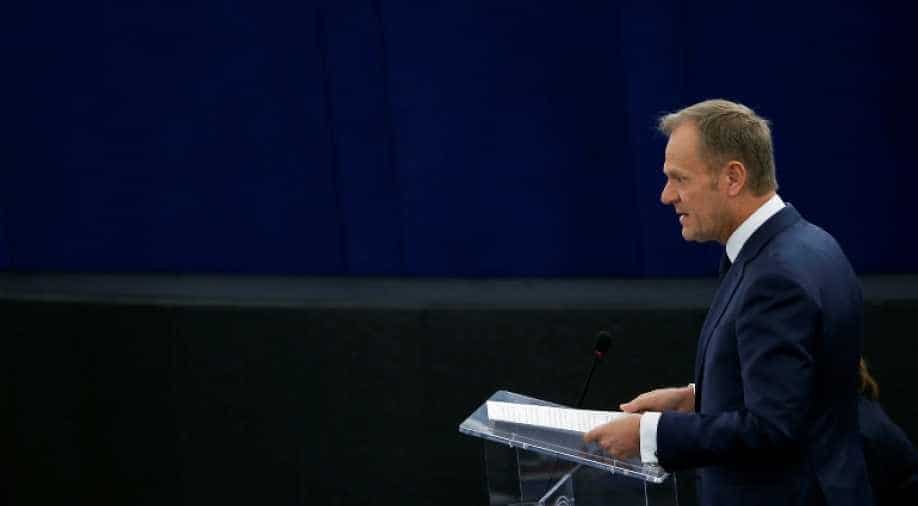 European Council President Tusk said he was responding to a statement by one national leader who had warned 'dreamers' not to think 'Brexit could be reversed'.

EU summit chair Donald Tusk called on Tuesday for the "dream" that Britain might give up on leaving the European Union not to be dismissed and urged politicians not to let exhaustion with Brexit negotiations make for a hasty exit.

Giving an account of last week's summit to the European Parliament in Strasbourg, European Council President Tusk said he was responding to a statement by one national leader who had warned "dreamers" not to think "Brexit could be reversed".

"At this rather difficult moment in our history, we need dreamers and dreams. We cannot give in to fatalism. At least I will not stop dreaming about a better and united Europe," said Tusk, long a vocal proponent of Britain having a chance to stay.

It was not immediately clear which leader he was referring to, but French President Emmanuel Macron stood out at the summit for pushing for Britain to be given only a few weeks more to decide whether to leave on negotiated terms or without them. The summit compromised by giving Britain another six months.

Tusk said, "I know that, on both sides of the Channel, everyone, including myself, is exhausted with Brexit, which is completely understandable. However, this is not an excuse to say, "let's get it over with", just because we're tired."