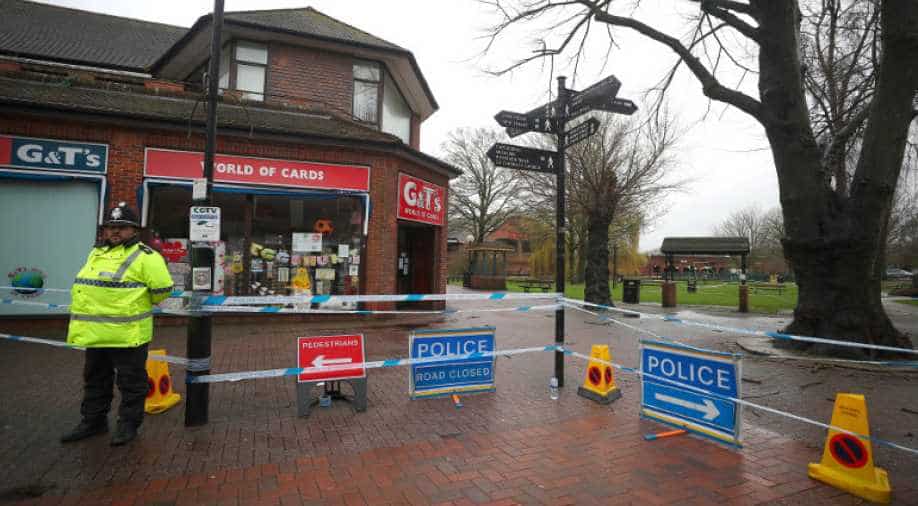 The EU blamed the Russians for the 'possession, transport and use' of the nerve agent used in the attack in Salisbury, England last March.

The European Union imposed chemical weapons sanctions on nine Russian and Syrian officials on Monday, including the chief of the powerful GRU military intelligence agency.

The EU blamed the Russians -- two agents and the head and the deputy head of the GRU -- for the "possession, transport and use" of the nerve agent used in the attack in Salisbury, England last March.

In addition to an assets freeze and travel ban for the Russian officials, the bloc announced sanctions on an alleged Syrian chemical weapons agency and five Syrians, EU states said in a statement.

"This decision contributes to the EU's efforts to counter the proliferation and use of chemical weapons which poses a serious threat to international security," the statement said, after a meeting of EU foreign ministers.

Full details of those targeted were to be placed in the EU Official Journal later Monday.

Russian agents have been blamed for the poisoning of former Russian spy Sergei Skripal and his daughter in the English city in March last year using the Soviet-developed nerve agent Novichok.

The Salisbury attack, the first offensive use of chemical weapons in Europe since World War II, caused an international outcry and prompted a mass expulsion of Russian diplomats by Western nations.

The Skripals survived the attack but a woman died in June after her partner picked up a discarded perfume bottle that British investigators believe was used to carry the Novichok.

Moscow denies involvement in the poisoning and has offered numerous and varied alternative explanations and counter-accusations.