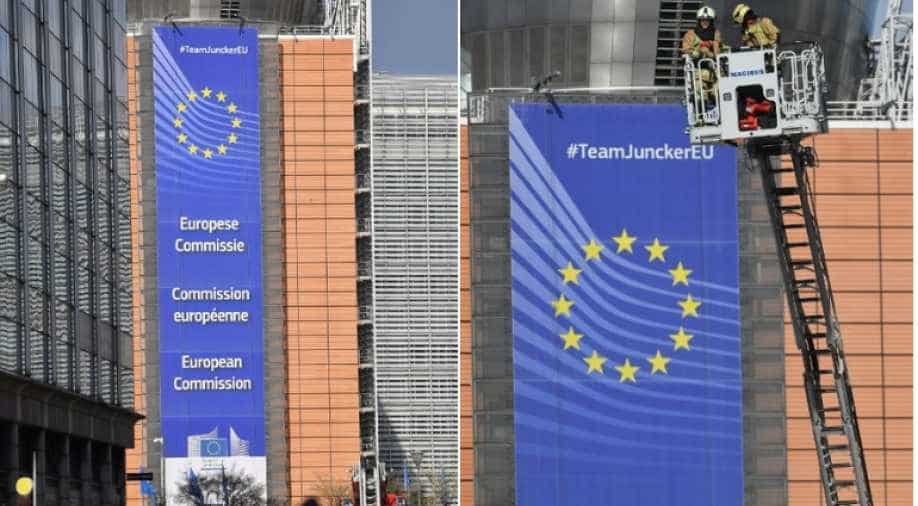 Security personnel cordon the area during a bomb threat around the European institutions in Brussels. Photograph:( AFP )

At least forty people have been evacuated, reports said.

Police today evacuated the European Union(EU) building in Brussels over a phone call threatening to blow up the building, reports said.

At least forty people have been evacuated at the EU headquarters, reports added.

Authorities have cordoned off the area and security has been beefed up.

Security personnel have also cordoned the area around European institutions in Brussels.