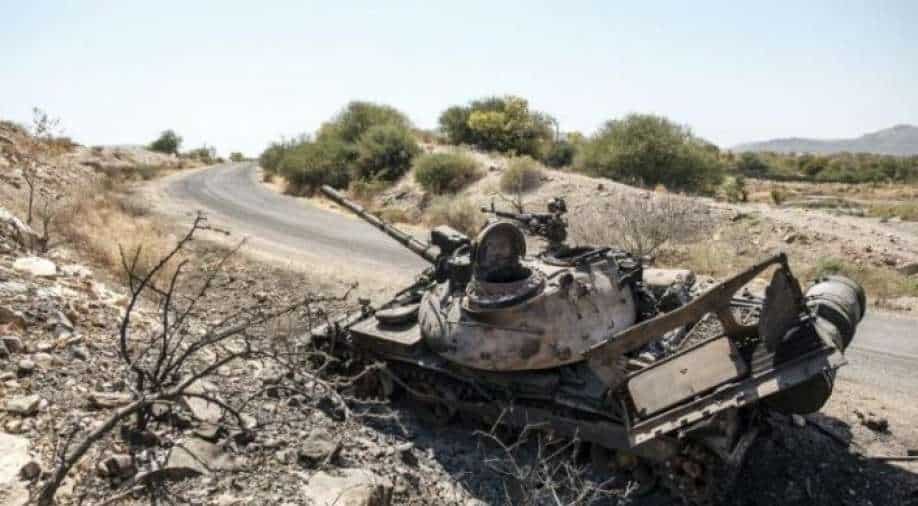 The attack took place in the western part of the Wollega area, where Ethiopian soldiers have been fighting an armed group known as the Oromo Liberation Army (OLA), the Oromia regional government said in a statement.

A rebel group in Ethiopia's restive Oromia region carried out a "terror attack" this week that killed an unknown number of civilians, officials said Wednesday, while a witness put the death toll in the dozens.

The attack took place in the western part of the Wollega area, where Ethiopian soldiers have been fighting an armed group known as the Oromo Liberation Army (OLA), the Oromia regional government said in a statement.

"Although the (OLA) has been weakened by measures taken by the government together with the community to ensure rule of law, out of a feeling of desperation it continues to carry out attacks on civilians," the statement said.

Oromia communications officials did not respond to requests for comment, and the statement did not provide details on fatalities or how the attack was carried out.

One resident of the Babo-Gembel district where the attack took place told AFP that gunmen arrived after 9:00 pm Tuesday, forced residents to gather outside in a group and shot them dead.

"The place had no security cover from government security forces at the time," said the man, a guard at an Orthodox church, who spoke on condition of anonymity for safety reasons.

"I found 29 bodies lying in one area, while there were other bodies scattered in nearby areas."

Survivors of similar recent attacks in Oromia -- a region dominated by Ethiopia's largest ethnic group, the Oromos -- have accused OLA fighters of targeting members of the Amhara ethnic group, the second largest.

"There have been at least three occasions before the attack where flyers were distributed in the area calling for Amharas to leave," the security guard said.

Tewodrose Tirfe, chairman of the Amhara Association of America based in Washington, said Wednesday that "in the month of March well over 300 Amharas including women and children have been massacred by the Oromo Liberation Army".

He also accused the government of being "silent" on massacres.

OLA spokesman Odaa Tarbii denied responsibility for the attack, saying on Twitter that an investigation would "100 percent absolve" the group.

In a statement earlier this week he denied it was targeting Amhara civilians.

"The Oromo Liberation Army has never at any time engaged in mass killings or ethnic cleansing," Odaa said.

"There are several thousand Amharas and members of other groups that live peacefully in areas administered by us and they will testify that we do not treat them any differently."

The OLA, believed to number in the low thousands, broke off from the Oromo Liberation Front (OLF), an opposition party that spent years in exile but was allowed to return to Ethiopia after Abiy took office in 2018.

No link has been demonstrated between the fighting in Oromia and the ongoing conflict in Ethiopia's northern Tigray region.

Prime Minister Abiy Ahmed's government has described the campaign in Tigray as an operation to detain and disarm leaders of the local ruling party, the Tigray People's Liberation Front (TPLF).

But officials have long accused the TPLF of partnering with the OLA to foment ethnic violence and undermine Abiy's government -- a claim the Oromia regional government reiterated in its statement Wednesday.

The Ethiopian Human Rights Commission, a government-affiliated but independent body, said Wednesday that this week's violence in western Wollega "shows that the security situation in the area has not improved and is instead spreading to neighbouring regions and causing additional human rights violations."