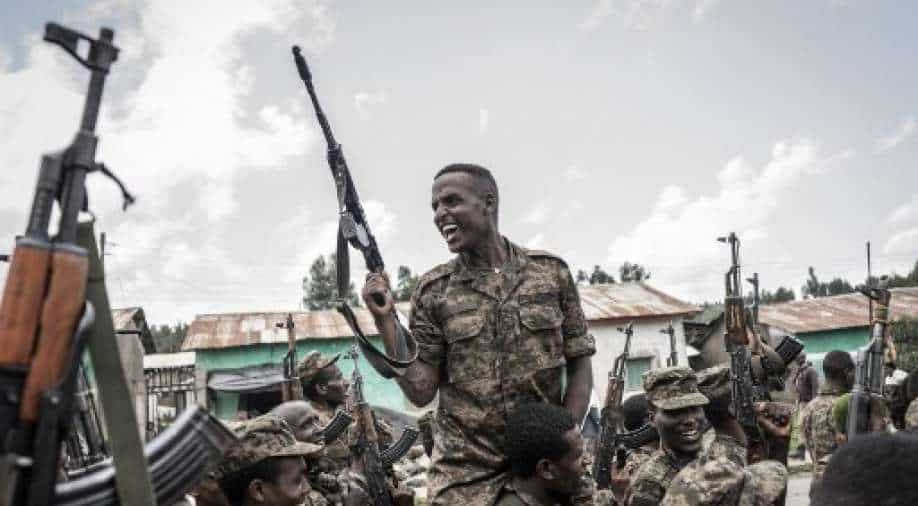 Amid the conflict, the EU and African nations called on both sides to come to the negotiating table.

The US and other nations called for a ceasefire in Ethiopia amid fighting between Tigrayan forces and government troops.

The Tigray People's Liberation Front (TPLF) claimed it had reached near Addis Ababa as the government described it as an "existential war".

As the TPLF said it had made gains, the government claimed it had encircled the rebel groups. Amid the conflict, the EU and African nations called on both sides to come to the negotiating table.

UN secretary-general Antonio Guterres announced that he had spoken to Ethiopian Prime Minister Abiy Ahmed in an attempt to help ensure peace. However, neither side has reportedly made any gesture to halt the fighting.

The US embassy allowed its staff in Addis Ababa to leave amid heavy fighting as the Biden administration added that it was "gravely concerned" about the situation.

Tigray has been facing famine due to a blockade amid a worsening humanitarian crisis. Reports say there is a shortage of medicine, fuel and other supplies as aid is not being allowed inside the region.

Tigray People's Liberation Front (TPLF) forces have been fighting Prime Minister Abiy Ahmed's government forces for a year and is seeking to topple the government. Abiy who had won the Nobel Prize two years ago has said he is determined to fight the TPLF.

The fighting has escalated in the past few months as Ethiopia's military reportedly used fighter jets and armed drones against the TPLF even as it gained strategic areas in the region.