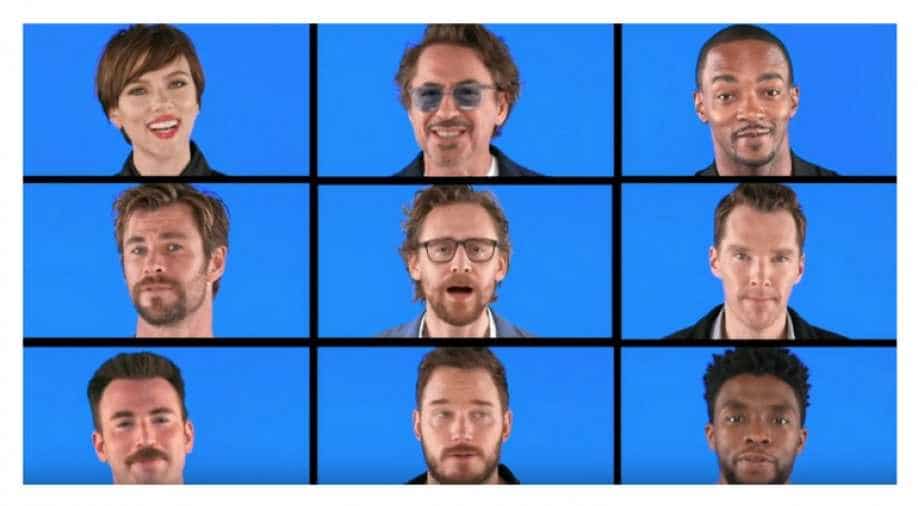 The actors sang in perfect tune a parody version of 'The Brady Bunch'. Photograph:( Others )

Ahead of the release of the hugely anticipated film 'Avengers: Infinity War', some of the actors from the film-who play superheroes on screen- gathered on The Tonight Show starring Jimmy Fallon to sing a parody of 'The Brady Bunch'.

The actors - also talented singers in this case- spoofed the classic opening song of the American Sitcom 'The Brady Bunch' and called it 'The Marvel Bunch'.

The song opens with Robert Downey Jr who 'Here’s the story of a playboy genius who was gearing up to form some sort of crew.'

Soon, Chris Pratt joins in as he sings,"Here's the story of a handsome StarLord like the greatest to walk the earth, by far."

Pratt is then joined by Anthony Mackie(Falcon), Benedict Cumberbatch (Doctor Strange), and lastly Chadwick Boseman (Black Panther). Everyone then come together to sing: 'So then one day all the heroes were assembled, to fight a villain who packed much more than a punch. And this group was labeled the Avengers, that’s the way we all became the Marvel Bunch.'

At the end of the song, Tom Hiddleston(Loki) comes in and joins the chorus before looking in Hemsworth's direction and saying 'Ah hello brother' only to be told 'shut up!' by his onscreen brother.

The song gets to you in no time, as you sing along with the 'Marvel Bunch'. The film releases worldwide on Friday and is expected to break Box Office records.