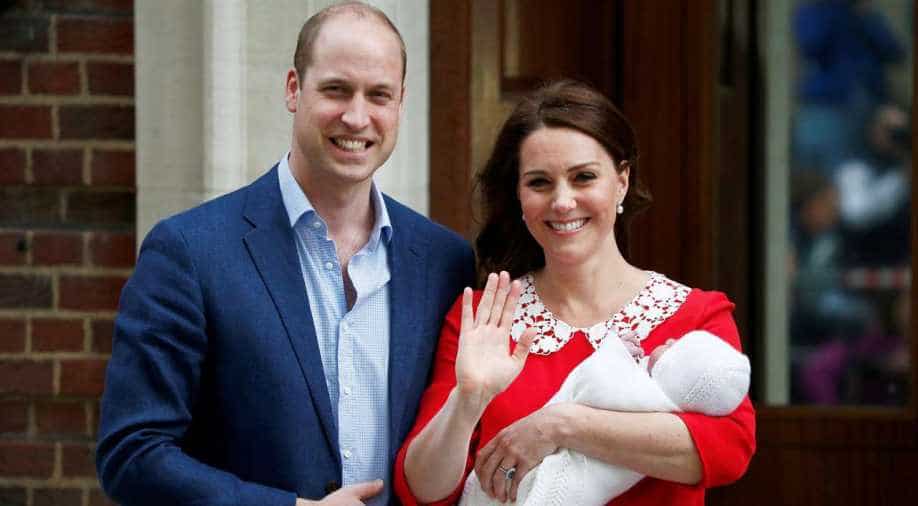 Duke and Duchess of Cambridge with the newest addition to their family. Photograph:( Reuters )

2018 has been an eventful day for the royals of Britain with Prince Harry announcing his engagement and then the wedding date with former American actress Meghan Markle to Duchess of Cambridge Kate announcing her third pregnancy.

A couple of days since Kate delivered a healthy baby boy, the Kensington Palace announced that the royal couple has named the royal baby Louis Arthur Charles.

In a statement, the palace said: “The Duke and Duchess of Cambridge are delighted to announce that they have named their son Louis Arthur Charles.

“The baby will be known as His Royal Highness Prince Louis of Cambridge.”

Louis is William and Kate’s third child, the prince is the younger brother of Prince George and Princess Charlotte, and the Queen and the Duke of Edinburgh’s sixth great-grandchild.