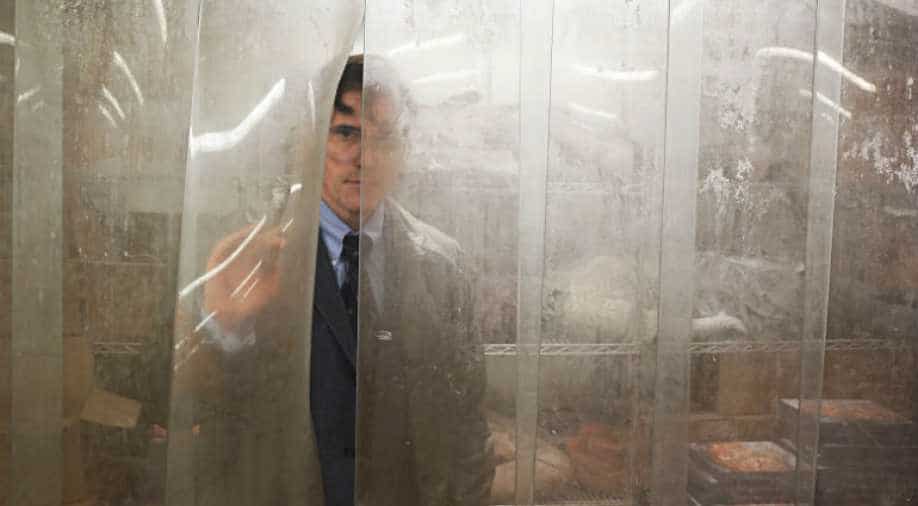 A still from 'The House That Jack Built' Photograph:( WION Web Team )

Lars von Trier, who was declared a "persona non grata" seven years ago at the Cannes Film Festival, is making a comeback to cinema extravaganza with his film "The House That Jack Built".

The news was shared by festival organisers in a press statement.

The release also said that Terry Gilliam's "The Man Who Killed Don Quixote", starring Adam Driver, Jonathan Pryce and Olga Kurylenko, will close this year's festival as another out-of-competition title.

"The House That Jack Built" stars Matt Dillon, Riley Keough, Bruno Ganz and Uma Thurman. The film is set in Washington State and covers the life and crimes of a serial killer over a 12-year period.

Von Trier, who used to be a regular at the festival, was declared unwelcome at the festival following his controversial comments about Hitler during the 2011 press conference of "Melancholia".

Fremaux had said Cannes President Pierre Lesucure has really worked over the past few days to "remove this persona non grata" status which von Trier received seven years ago, "thinking that its maybe time to give him a spot again as a filmmaker".

Von Trier has a long history with the festival, which is known for its fondness for auteurs. He won the Palme d'Or in 2011 for "Dancer In The Dark".

The film's star, Icelandic singer Bjork, had recently accused that an unnamed Danish director had sexually harassed her but von Trier denied his involvement.

Fremaux also confirmed that Cannes competition regular Andrey Zvyagintsev will be a part of the jury headed by Cate Blanchett. The festival will run from May 8 to May 19.