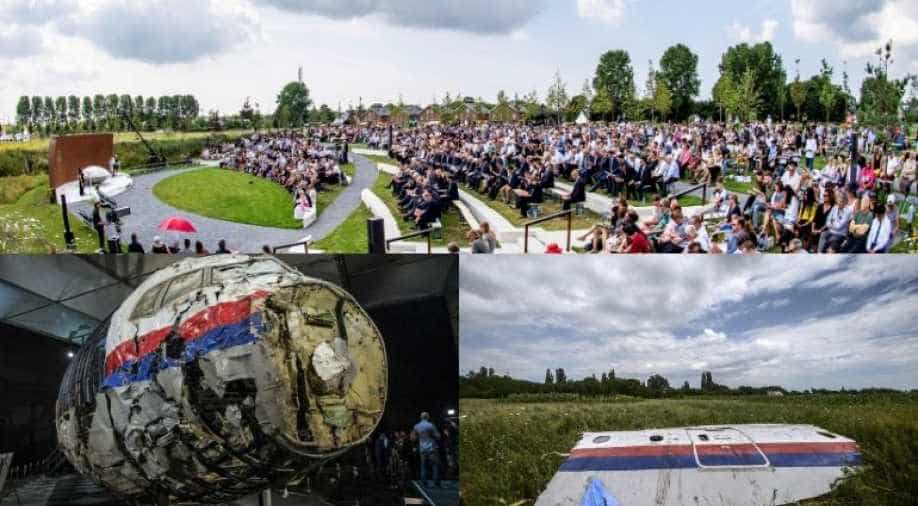 The Boeing 777 travelling from Amsterdam to Kuala Lumpur was blown out of the sky by a surface-to-air missile fired from rebel-held eastern Ukraine on July 17, 2014.

The Dutch government on Friday said it would file a suit against Russia at the European Court of Human Rights over the downing of Malaysia Airlines passenger flight MH17, killing nearly 300 people over eastern Ukraine six years ago.

The Dutch government's move is designed to support cases brought by the relatives of dozens of victims to the Strasbourg-based court, Foreign Minister Stef Blok said.

The Boeing 777 travelling from Amsterdam to Kuala Lumpur was blown out of the sky by a surface-to-air missile fired from rebel-held eastern Ukraine on July 17, 2014.

"Achieving justice for the 298 victims of the downing of flight MH17 is and will remain the government's highest priority," Blok said in a statement.

"By taking this step today, bringing a case before the ECHR and thus supporting the applications by the next of kin as much as we can, we are moving closer to this goal."

There was no immediate reaction from Moscow.

The Netherlands, home to roughly two-thirds of the 298 victims, holds Russia responsible for the crash.The Kremlin has consistently denied involvement in the matter.

After years of collecting evidence, a Dutch-led international Joint Investigation team (JIT) last year said the missile launcher used to hit the jet came from a Russian army base just across the border.

The JIT subsequently issued arrest warrants for four suspects, who were put on trial in the Netherlands in absentia earlier this year.

The four suspects, three Russian men and one Ukrainian, are said to have arranged the missile system. They remain at large and are believed to be in Russia.

Despite the new court case, the Dutch government said it wanted to continue the talks with Russia on MH17 that it started together with Australia over a year ago.