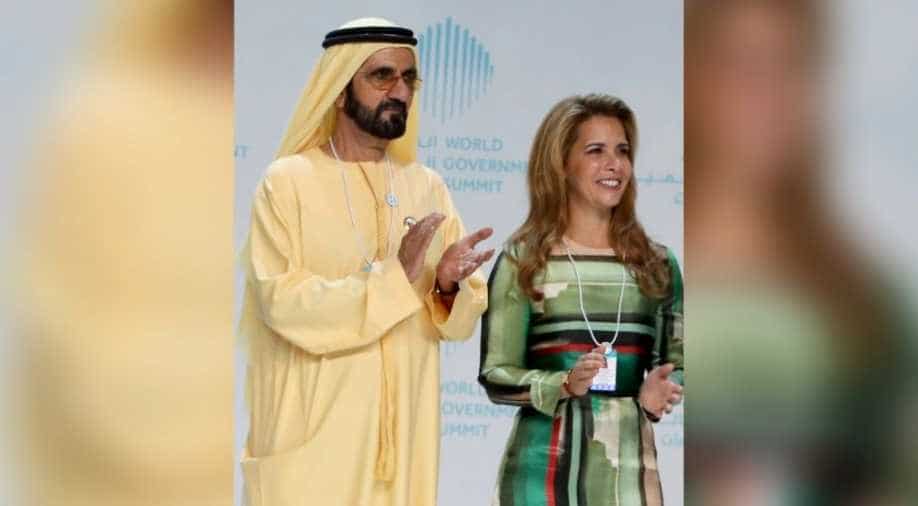 Princess Haya bint al-Hussein, the 45-year-old daughter of late King Hussein and half-sister to King Abdullah, also applied for a 'non-molestation order,' which protects from harassment or threats.

The estranged wife of the ruler of Dubai has applied for a forced marriage protection order, a London court heard Tuesday.

Princess Haya, 45, a wife of 70-year-old United Arab Emirates Prime Minister Sheikh Mohammed bin Rashid Al-Maktoum, has applied for the order, as well as wardship of their children and for a non-molestation order relating to herself, the High Court heard.

The details of the Forced Marriage Protection Order sought by the princess are not known, Britain's domestic Press Association news agency reported.

The couple is locked in a legal battle over their children's welfare, being heard by judge Andrew McFarlane, the president of the family division of the High Court of England and Wales.

The case is being heard at the Royal Courts of Justice complex in London, with a preliminary hearing taking place Tuesday.

The judge allowed the media to report that Princess Haya had made the applications.

The court also heard that Sheikh Mohammed has applied to the High Court for the summary return of the children to Dubai.

Princess Haya is a daughter of the late King Hussein of Jordan and a half-sister of King Abdullah II of Jordan.

The orders can be used to help someone who is being forced into marriage or is already in a forced marriage.

They can be applied for by the person to be protected by the order, or for someone else by a relevant third party or another person with the court's permission to do so.

"Force can include physical force, as well as being pressurised emotionally, being threatened or being a victim of psychological abuse," according to the legislation on protection orders.

McFarlane rejected a bid by Sheikh Mohammed's lawyers for certain details to be subject to reporting restrictions.

"There is a public interest in the public understanding, in very broad terms, proceedings that are before the court," he said.

McFarlane earlier decided that only accredited journalists with media-based within the jurisdiction of England and Wales were allowed to sit in on the proceedings.

Reporters from media organisations not based in the UK were in attendance but were told they could not hear the proceedings.

Haya arrived at the court accompanied by her lawyer Fiona Shackleton, who represented Prince Charles, the heir to the British throne, in his divorce from Diana, Princess of Wales.

Sheikh Mohammed is being represented by Helen Ward, who acted for Guy Ritchie in his divorce from pop star Madonna and for former Formula One motor racing supremo Bernie Ecclestone in his divorce.

The Dubai ruler was not in court.

The two-day preliminary hearing is set to continue on Wednesday.