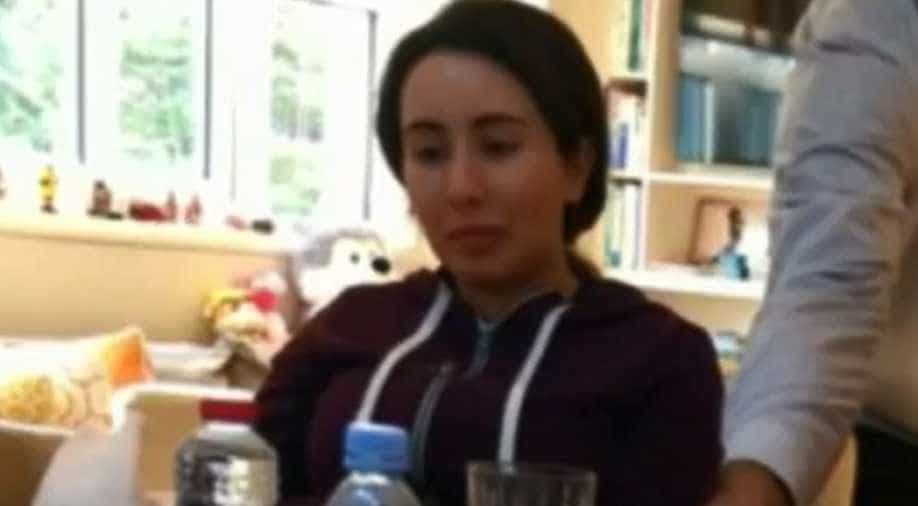 Latifa has not been seen in public since she was allegedly captured at sea off India in March after leaving the UAE.

A princess who tried to flee the United Arab Emirates months ago is "a troubled young woman", a former UN human rights chief said on Thursday after meeting her this month.

Mary Robinson told BBC radio 4's Today programme that she had been invited by Princess Haya, the wife of Dubai ruler Sheikh Mohammed bin Rashid Al-Maktoum, to help with his daughter, Sheikha Latifa.

Latifa has not been seen in public since she was allegedly captured at sea off India in March after leaving the UAE.

In a YouTube video at the time, she said she was leaving because of restrictions imposed on her by her family.

Robinson, who was seen alongside Latifa in photographs released by the UAE authorities earlier this month, said that she had been asked to "help with a family dilemma".

"The dilemma was that Latifa is vulnerable, she's troubled. She made a video that she now regrets and she planned an escape, or what was part of a plan of escape," she said.

"I had lunch with her. She's a very likeable young woman but clearly troubled, clearly needs the medical care that she is receiving," said Robinson, adding that her family "don't want her to endure any more publicity".

She said that Latifa was suffering from "a serious medical situation" and was receiving "psychiatric care" but did not give further details about her condition.

Robinson served as Ireland's president between 1990 and 1997 and later served as the United Nations High Commissioner for Human Rights from 1997 to 2002.

The 74-year-old said she had spoken to current UN human rights chief Michelle Bachelet, as well as Human Rights Watch executive director Ken Roth about her meeting with Latifa and would be returning to Dubai in March.

Accounts by people involved in Latifa's escape attempt said that she fled first to Oman, before boarding a yacht which was surrounded by the Indian navy and then towed back to the UAE.

A source close to the Dubai government told AFP in April the princess had been "brought back" to Dubai.