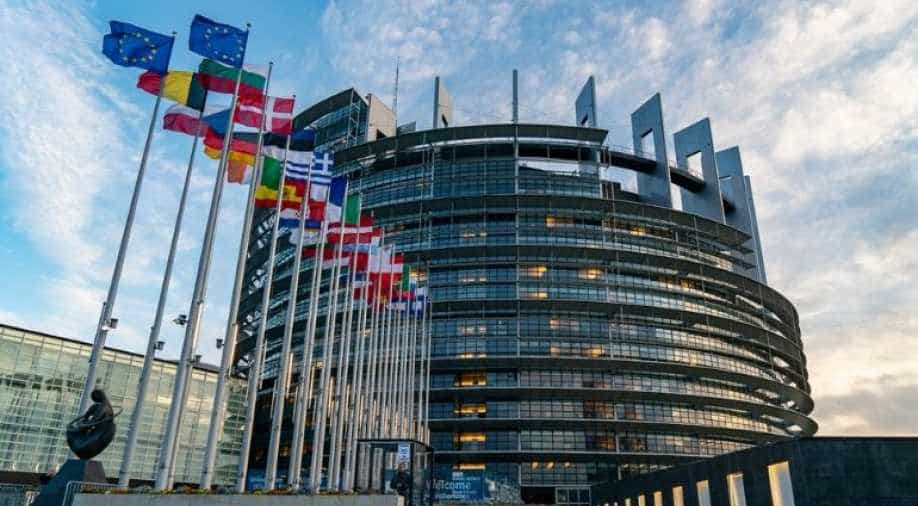 The European Parliament has voted in favour of taking China to the International Court of Justice in The Hague if China imposes the controversial new security law in Hong Kong.

The security experts, locals of Hong Kong and the European Union government believe the new security bill being imposed by China in Hong Kong will jeopardise Hong Kong' semi-autonomous status and its role as a global financial hub.

Also read: US treatment of Hong Kong depends on how Beijing treats it, says Pompeo

Criticisng the security law, Europe, Australia and the United States say it poses a threat to the "one country, two systems" principle that governs Hong Kong's autonomy.

The European Parliament "calls on the EU and its member states to consider, in the event the new security law is applied, filing a case before the International Court of Justice," the resolution said.

Also read: China's puppet in Hong Kong Carrie Lam: A leader who killed her own city

China has expressed displeasure regarding EU's stand and has alleged the EU of distorting facts. You Wenze, spokesman for the Foreign Affairs Committee of the National People`s Congress, China`s parliament expressed his opposition to EU's decision which he said seriously distorted the facts and amounted to open interference in Hong Kong affairs.

The new national security legislation has been under review by Chinese parliament's top decision-making body since Thursday. However, local media has reported that hours-long meetings have had no mention of Hong Kong yet.

The EU is therefore calling for a bloc from European countries to help steer policies and steer economic sanctions. The parliament "believes that the EU should use its economic leverage to challenge China's crackdown on human rights by economic means," the resolution said.

The leaders of the EU institutions and Chinese Premier Li Keqiang are set to hold a summit by video on Monday.