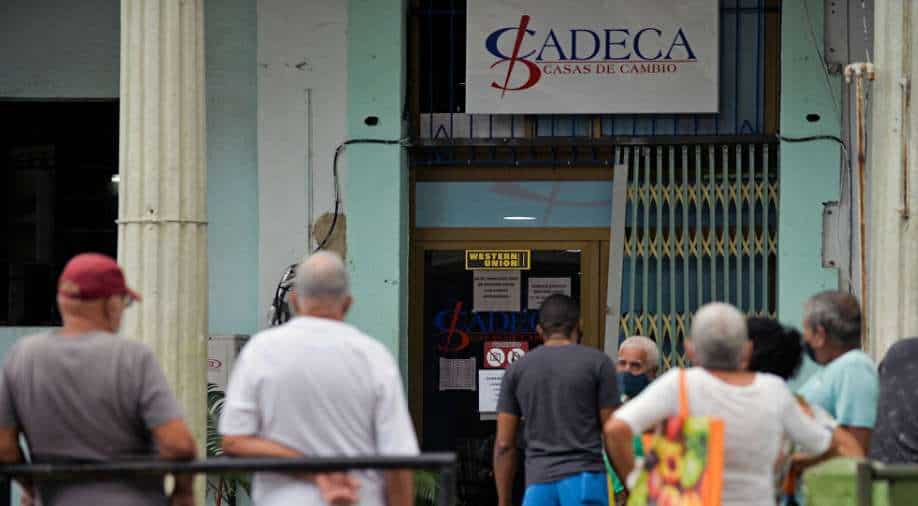 Cuban bank account holders will have until June 21 to deposit dollars before the suspension takes effect.

Cuba said on Thursday it would temporarily stop accepting cash bank deposits in dollars, blaming tighter U.S. sanctions that are restricting its ability to use greenbacks abroad, although it will still accept transfers.

The move came shortly before the government was due to present its annual resolution to end the crippling, decades-old U.S. trade embargo on the Communist-run country at the United Nations General Assembly.

Some Cubans and analysts speculated it was an attempt to control the black market price of the dollar. That has risen to more than twice the official exchange rate since the import-dependent country started opening stores selling in hard currency and stopped selling greenbacks due to a cash crunch.

Cuban bank account holders will have until June 21 to deposit dollars before the suspension takes effect.

"It is ever more difficult for Cuba to find international banking or financing institutions willing to receive, convert or process U.S. currency in cash," the Cuban Central Bank said in a statement shared by state-run media.

It added that the measure would not affect operations carried out by transfer or deposits in other currencies that are freely convertible and accepted in Cuba.

For many years, Cuba had a 10% tax on dollars, citing how difficult it was for the government to use them because of the U.S. embargo.

But it lifted that tax last year as it opened more shops selling in hard cash rather than in the local currency.

U.S. President Joe Biden, a Democrat, vowed during his campaign to reverse some of Republican Trump`s Cuba measures that “have inflicted harm on the Cuban people and done nothing to advance democracy and human rights.”

But he has yet to roll back any measures and his administration has said a shift in policy toward Cuba is not among its top foreign policy priorities.